Week 14 witnessed an incremental rise in carload traffic compared with intermodal volumes, which otherwise pushed the total railcar volumes. Intermodal traffic expanded 3.1% to 263,000 units in the 14th week of 2018 from ~255,000 units in Week 14 of 2017.

In Week 14 of 2018, five of the ten carload commodity groups registered a rise in traffic YoY (year-over-year). These groups included coal, metallic ores and metals, and chemicals. On the other hand, the volumes of motor vehicles, non-metallic minerals, and miscellaneous carloads declined. 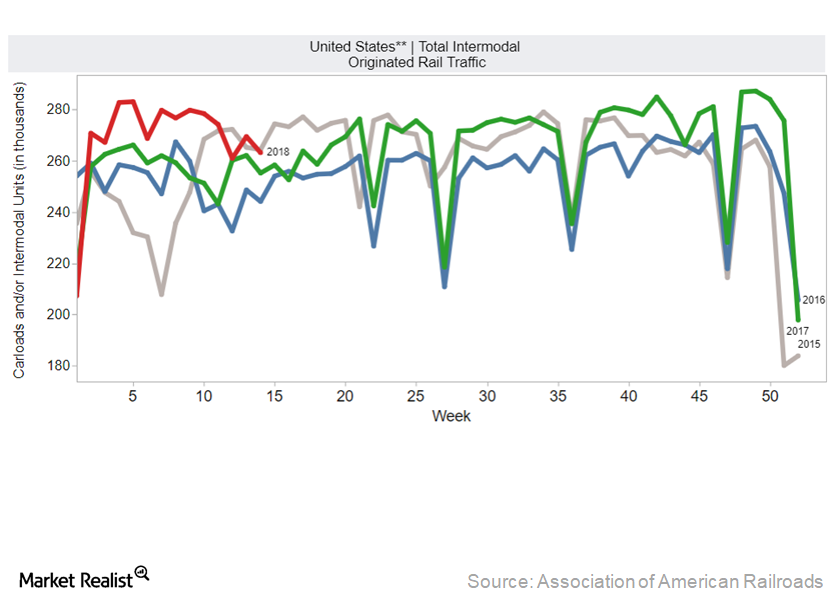