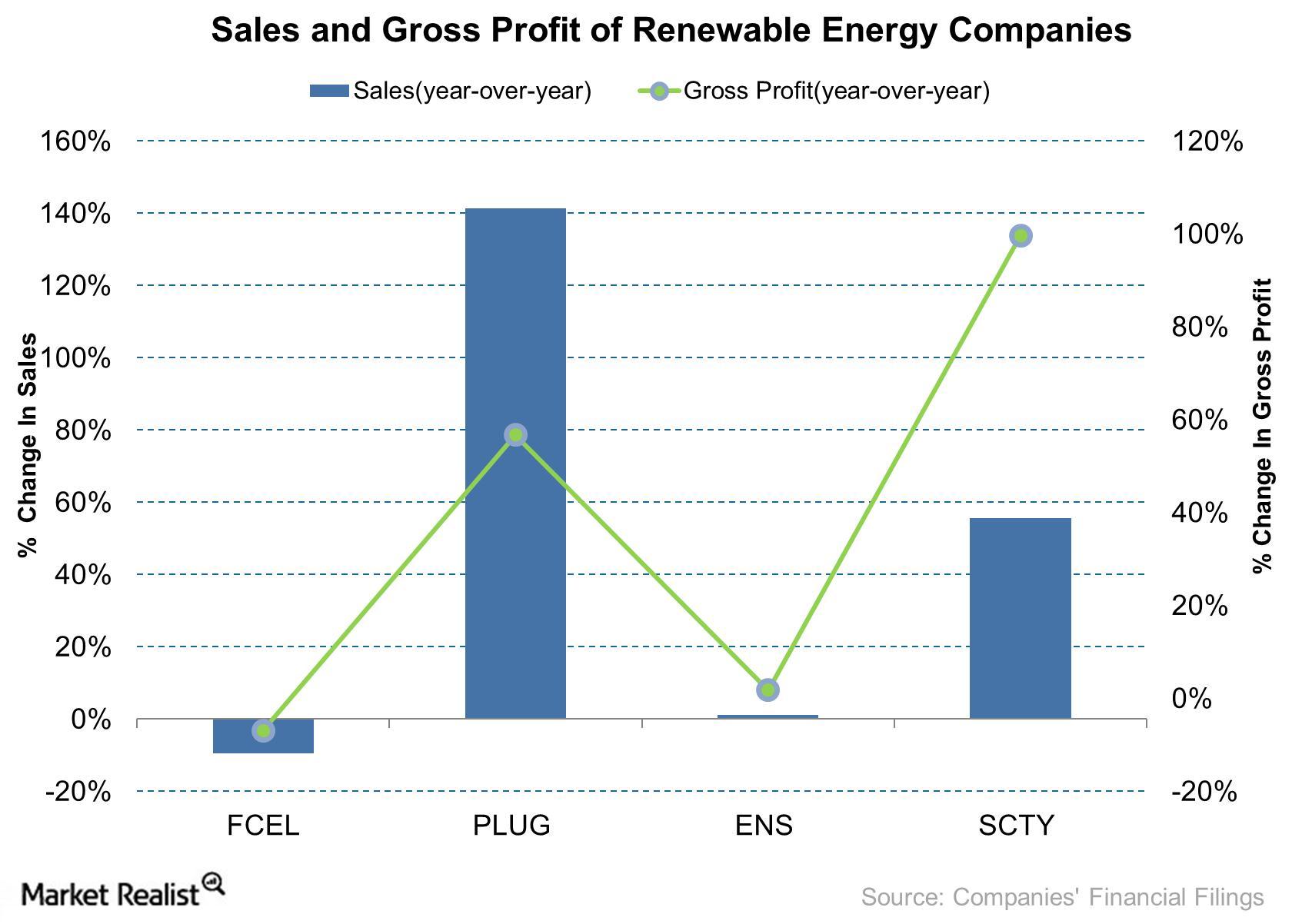 FuelCell Energy’s (FCEL) sales fell by 9.5% on a YoY basis. Its gross profit also fell by 7%. It’s important to note that 70% of its revenue comes from foreign sources. Asia-Pacific accounts for its largest source of revenue. It has significant exposure to the Korean Peninsula.

For EnerSys (ENS), the sales grew by 1.2% on a YoY basis. Its gross profit also grew by 2%. North America accounts for a significant portion of its revenue.

The above chart shows these companies’ sales growth and gross profit.