The following graph shows the performances of the SPDR S&P 500 ETF’s (SPY) component sectors as of October 27. 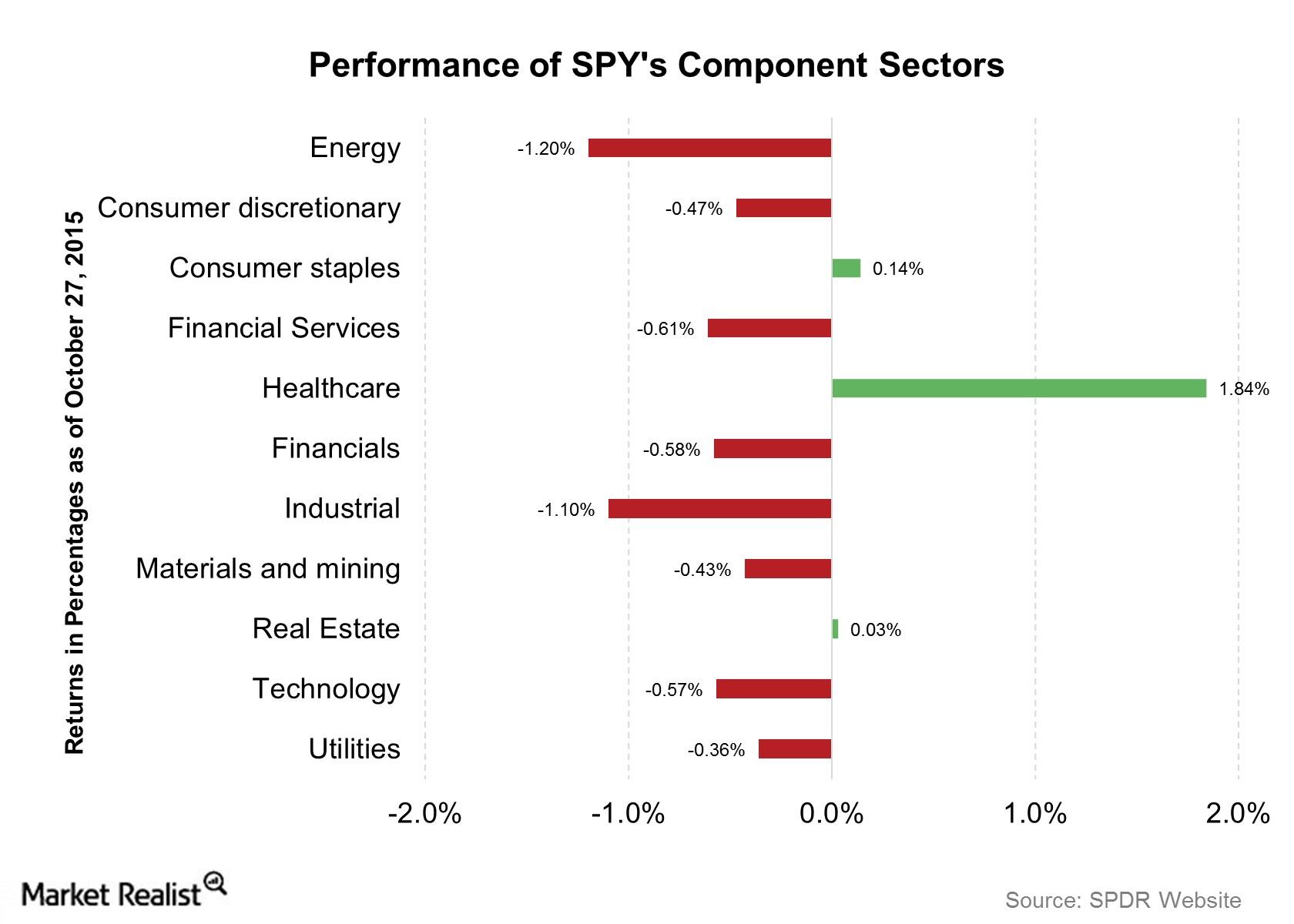 From the graph, you can see that the energy sector is followed by the industrial sector.

The Durable Goods Order report was released on Tuesday, October 27. It showed a contraction in the orders for the factory sector. New orders for September 2015 fell by -1.2% month-over-month compared to the consensus of -1.0%. The August contraction was revised to -3.0%. While the readings were weak for core capital goods orders, motor vehicles showed a 1.8% gain in new orders and a 1.6% gain in shipments. The fall in new orders was prominent in primary metals, machinery, computers, and electronics. Civilian craft orders fell by 62% in September after falling 23% in August 2015.

The soft report consisted of weak exports for that period. It had a negative impact on the industrial and material sector stocks. These stocks include Kansas City Southern (KSU), Cummins (CMI), Union Pacific (UNP), and Jacobs Engineering (JEC). These stocks fell by -4.4%, -8.7%, -5.2%, and -4.5%, respectively, on October 27.

The Consumer Confidence Index for October 2015 came at 97.6 below the consensus of 102.5. The index presents consumers’ attitudes on the US economy and their perception of the current business and employment conditions. A fall in the assessment of the current jobs weighed down the Consumer Confidence Index. Weak consumer confidence affects retail sales, vehicles sales, and home purchases. As a result, there was a fall in SPY’s consumer discretionary sector on October 27.

Next, we’ll look at SPY’s key stocks on October 27.