Arch Coal (ACI) sold 25.5 million tons of Powder River Basin coal (KOL) in 2Q15. This was down from 2Q14’s 26.9 million tons and 1Q15’s 28.5 million tons. Lower shipments were due to weak natural gas prices and the implementation of the Mercury and Air Toxic Standards (or MATS) by the US Environmental Protection Agency (or EPA).

At the end of 2Q15, the Supreme Court ordered the EPA to review its MATS regulation. However, the ruling isn’t expected to have a major immediate effect, as power producers have already retired or have decided to retire most coal-fired power plants scheduled for retirement in 2015 under the rule. 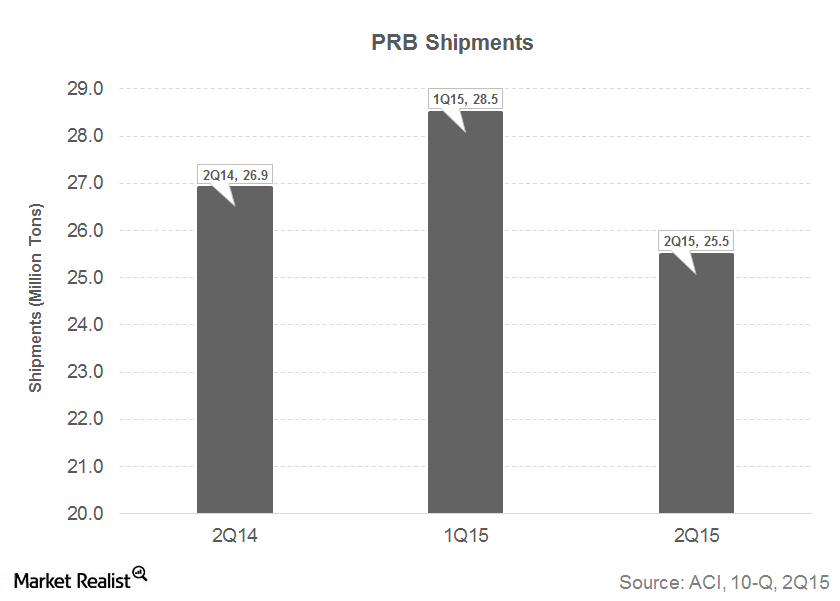 Arch Coal (ACI) operates two surface mines that produce thermal coal in the Powder River Basin (or PRB) in Wyoming. The Black Thunder mine is the second-largest coal mine in the United States, after Peabody Energy’s (BTU) North Antelope Rochelle mine in Wyoming. The company’s other mine in the PRB is its Coal Creek mine.

Both PRB mines are connected by the Union Pacific Railroad (UNP) and the Burlington Northern Santa Fe Railroad (BRK-B).