Ralph Lauren (RL) registered a 4.3% YoY (year-over-year) fall in net revenue to $1.9 billion in fiscal 3Q16. The fall was a result of lower revenues from its wholesale and retail businesses on account of unfavorable foreign currency effects and a more competitive retail environment.

On a constant currency basis, the revenue fall was about 1% during the quarter. Fiscal 2Q16 was the third consecutive quarter in which Ralph Lauren witnessed negative sales growth. 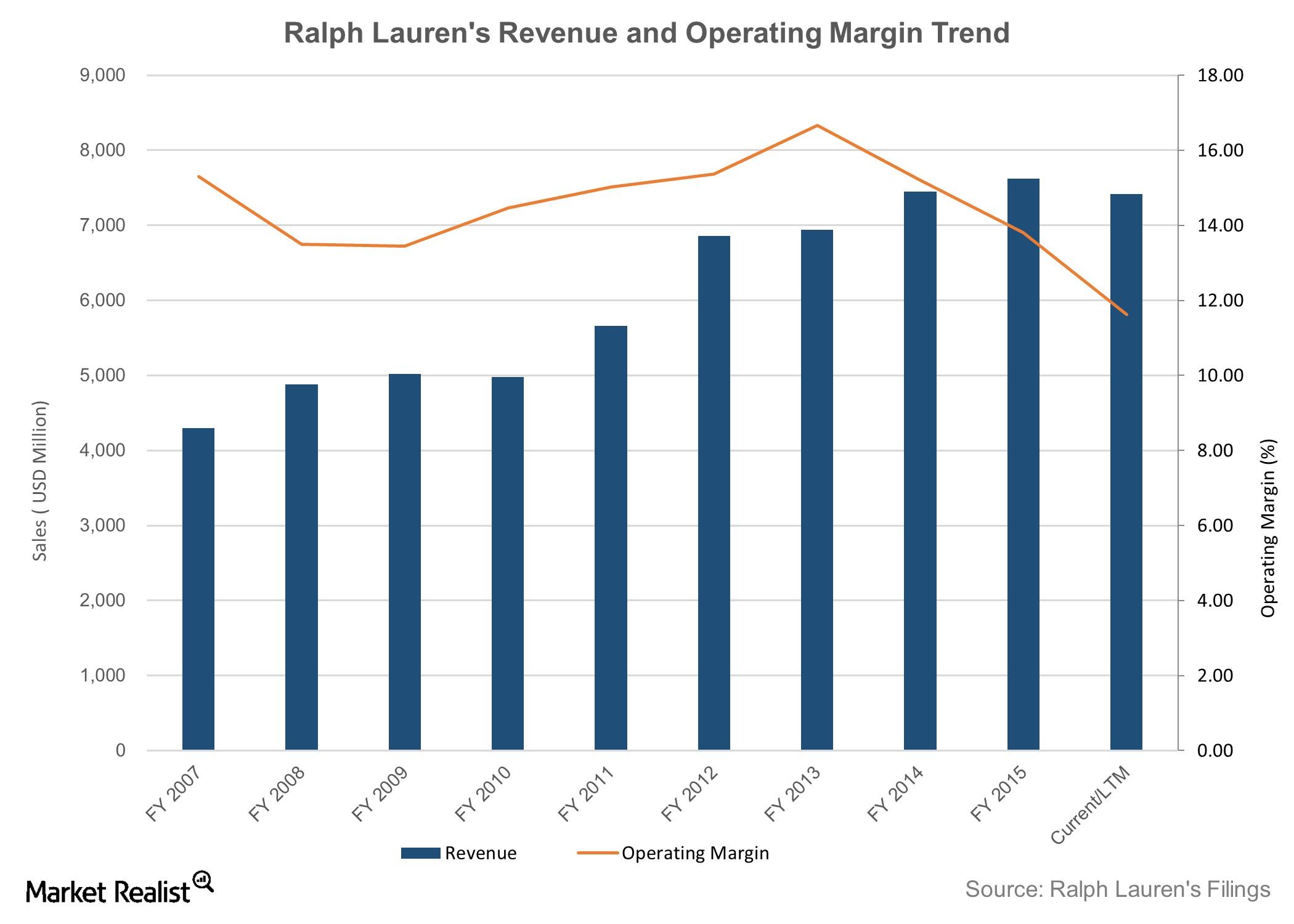 A look at profitability and margins

RL’s gross margin fell by 80 basis points to 56.2% during the three months ended December 26, 2015. The fall in its gross margin was primarily driven by unfavorable foreign currency effects and certain non-cash charges recorded in connection with the Global Reorganization Plan.

These factors were partially offset by increased profitability on account of a favorable geographic mix, initial benefits from the Global Reorganization Plan, and lower sourcing costs.

The company’s operating profit fell 40% YoY to $189 million in fiscal 3Q16. Its operating margin fell 578 basis points to 9.7% on account of a lower gross margin and a 160-basis-point rise in SG&A (selling, general, and administrative) expenses as a percentage of sales.

The rise in SG&A expenses was primarily due to operating deleverage on lower net revenue, due in part to unfavorable foreign currency effects and increased investments in stores, facilities, and infrastructure. As a result, the company’s net income fell by 40% YoY to $131 million in fiscal 3Q16.

Both companies, however, have trailed other apparel and fashion majors such as VF Corporation (VFC), Coach (COH), and Michael Kors (KORS), which have seen operating margins of 13%, 13.2% and 25.8% over the last 12 months.

ETF investors looking to add exposure to Ralph Lauren can consider the iShares US Consumer Goods ETF (IYK), which invests 0.25% of its portfolio in the company.

In the next part of this series, we’ll compare Ralph Lauren’s stock returns to those of its peers.