Current valuations of Burlington and peers 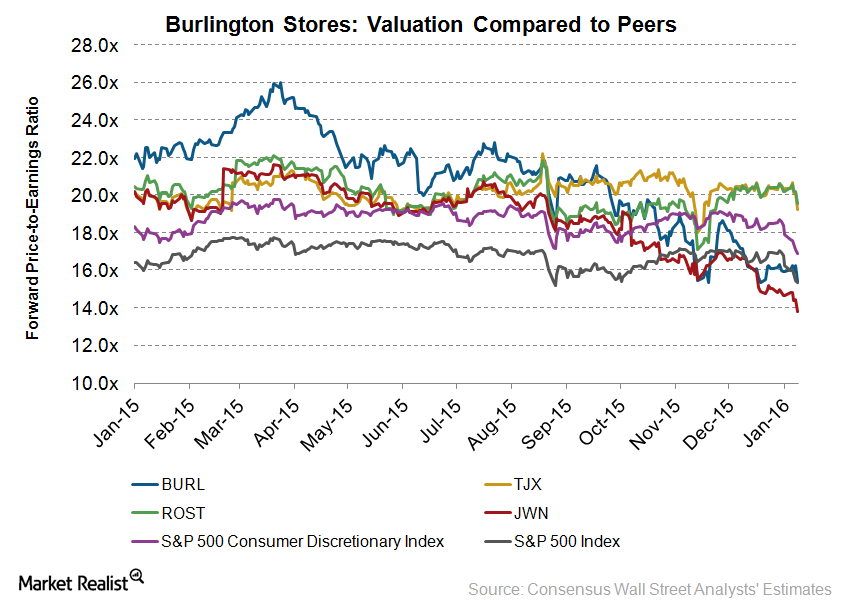 Burlington Stores’ future valuation might benefit from the company’s efforts to expand its operating margins, and it plans to expand its store base. The company’s long-term plan is to open 1,000 stores. In the 3Q15 conference call, Thomas Kingsbury, Burlington’s President and Chief Executive Officer spoke about the company’s new stores pipeline for 2016 and stated that the company’s approved deals have an average square footage of 52,000 square feet.

Burlington Stores constitutes 1.2% of the portfolio holdings of the SPDR S&P Retail ETF (XRT). The Vanguard Consumer Discretionary ETF (VCR) has 0.1% exposure to Burlington Stores. We’ll discuss the company’s strengths and weakness in the next part of this series.

In the next two parts of this series, we’ll do a SWOT (strengths, weaknesses, opportunities, and threats) analysis of Burlington Stores. Let’s begin with strengths and weaknesses.