Copart’s price movement as of November 23 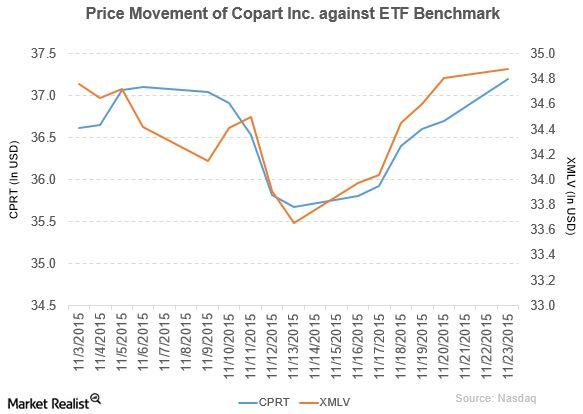 ETFs that invest in Copart and industry peers

The PowerShares S&P Mid-Cap Low Volatility Portfolio (XMLV) invests 1.3% of its holdings in Copart. The ETF tracks a volatility-weighted index of the 80 least volatile S&P MidCap 400 companies. The YTD price movement of XMLV was 7.1% as of November 20, 2015.

Below is a rundown of Copart’s competitors in the industry and their respective market caps:

Copart provides remarketing services that include the following:

Copart extends these services not only to dealers, dismantlers, rebuilders, and exporters but also, in some locations, to end users.

Continue to the corresponding part of this series for an instructive comparison of Copart’s 1Q16 performance with that of its industry peers.