The energy sector of the S&P 500 index returned 13.4% for the monthly period ending October 29, 2015. However, the energy sector index ended the third quarter with a return of -6.7% for September 2015. The energy sector has faced the issue of falling oil prices from over the last year, resulting in lower revenue for oil companies. In September, the price for Brent crude remained below $50 per barrel for 20 consecutive trading days. 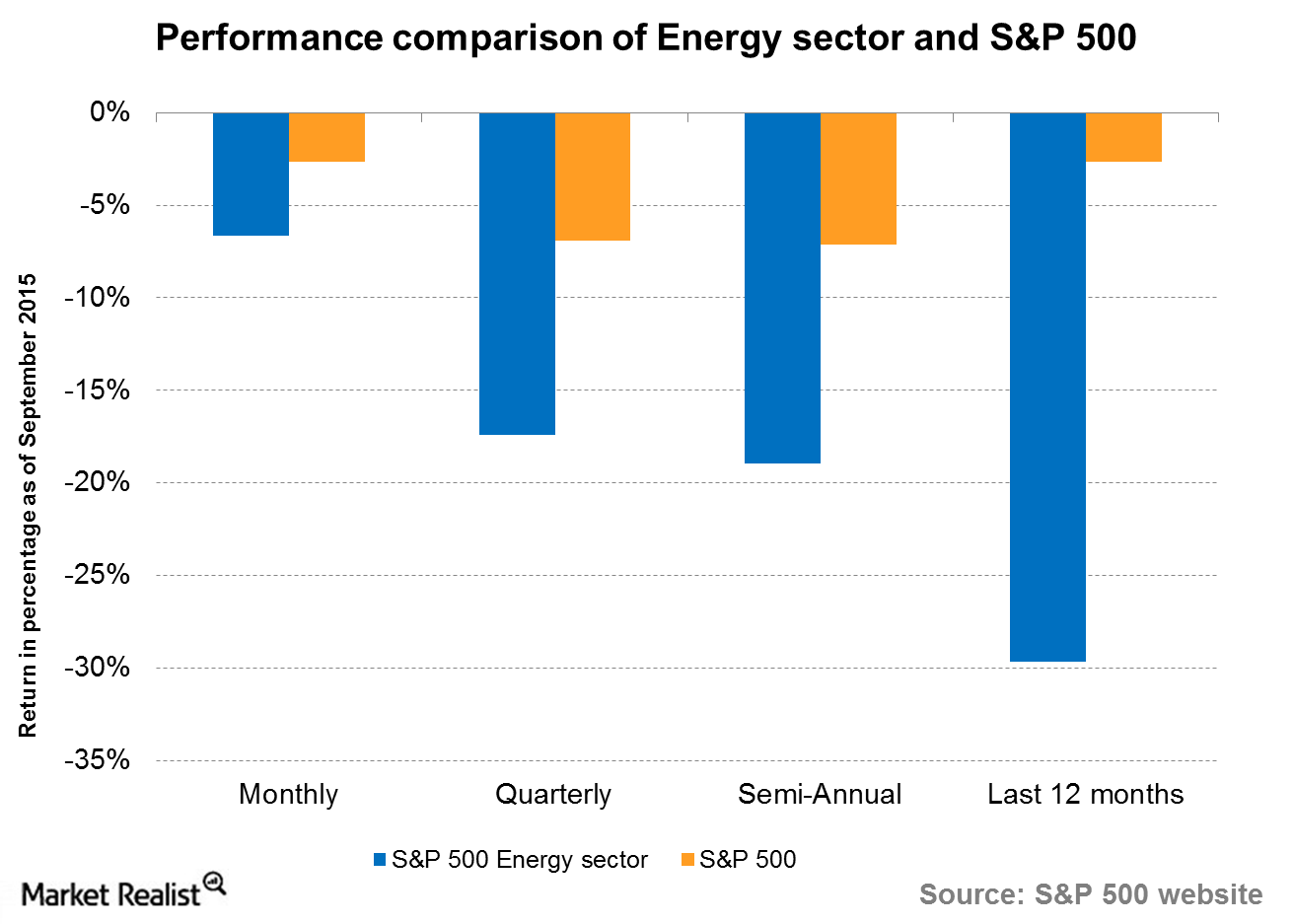 The average price for Brent crude oil rose by $1, to $48, in September as compared with the previous month. Meanwhile, the West Texas Intermediate future traded at $46.1 per barrel on October 29, 2015. The Energy Information Administration (or EIA) forecast that the average price of Brent crude oil will be close to $59 in 2016.

The monthly and quarterly returns of the S&P energy sector index fell 6.7% and 17.4%, respectively, for the period ending September.

Fall in number of rig count

Rig count gives an idea of how confident producers are for the long-term supply of oil and gas. The number of rigs in the United States is falling each month. According to a Baker Hughes report, the numbers fell from 864 in September 2015 to 787 as of October 23, 2015. According to the EIA, the current lower production of oil in the United States is pushing prices upward, but the global slowdown in economic growth is limiting its upward movement.

In the next article, we’ll analyze the different mutual funds and how they are impacted by the energy sector.