Nordstrom, Inc. (JWN) participated in the Piper Jaffray Consumer Conference in New York City on June 9. At the conference, Mike Koppel, Nordstrom’s chief financial officer, shared how the company’s growth strategy through various channels is working to achieve Nordstrom’s goal of $20.0 billion in sales by the end of the decade. 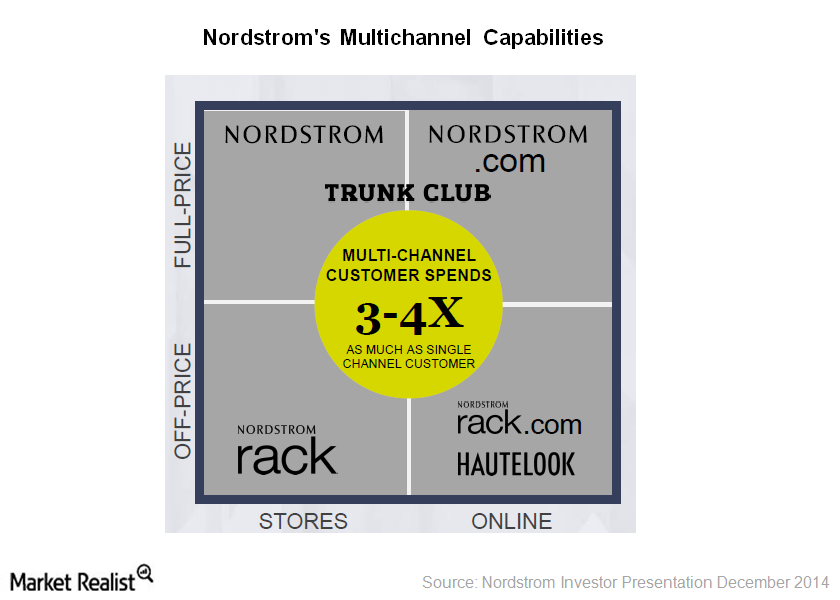 Nordstrom has strong multichannel capabilities through its offline stores, online websites, and off-price stores. As of the end of the first quarter of fiscal 2015, which ended May 2, 2015, Nordstrom had 115 full-line stores selling high-end merchandise in the United States. The company also has two full-line stores in Canada and is scheduled to open its third full-line store in Vancouver in fall 2015.

Nordstrom caters to online customers through its Nordstrom.com and nordstromrack.com websites as well as through the private sale site HauteLook. 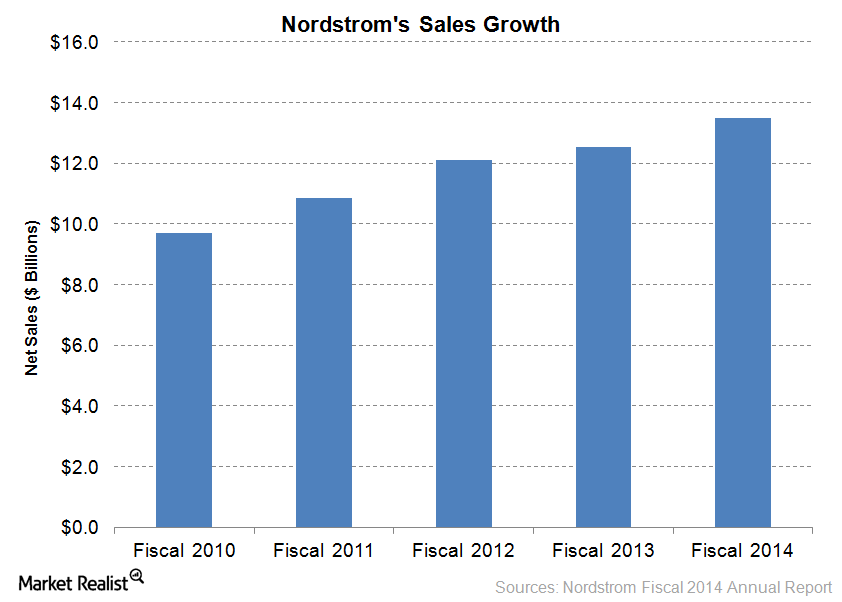 Nordstrom’s strong presence in the high-end segment as well as in its discount Nordstrom Rack stores helped it boost sales during difficult economic times. The company did well even when large players like Macy’s (M), J.C. Penney (JCP), and Kohl’s Corporation (KSS) were struggling.

In fiscal 2014, which ended January 31, 2015, Nordstrom’s net sales grew 7.7% to $13.1 billion. The company outperformed peers like Macy’s and J.C. Penney, which reported sales growth of 0.6% and 3.4%, respectively. Net sales for Kohl’s remained almost flat in the comparable fiscal year.

Nordstrom makes up ~0.5% of the portfolio holdings of the Consumer Discretionary Select Sector SPDR Fund (XLY).

In the next part of this series, we’ll look at the growth of off-price Nordstrom Rack stores.