Data on income and outlays

The Bureau of Economic Analysis (or BEA) provides data on personal income and outlays on a monthly basis. This data is crucial for the consumer (XLY) and retail (XRT) sector, as it reflects the trend in consumer savings as well as income levels. The report for the month of January 2015 was released on March 2, 2015. 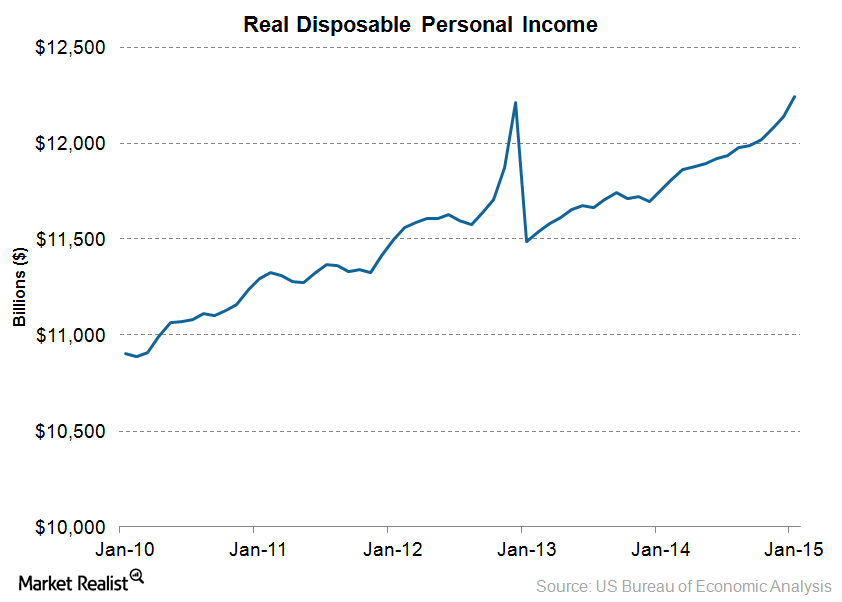 A higher real disposable income gives more buying power to the consumer. The next article in this series discusses the recent data on consumer spending in the US economy.