Oil prices have rallied almost 40% since the initial crude oil production deal on February 16, 2016, when oil producers like Russia, Saudi Arabia, Venezuela, and Qatar decided to freeze crude oil production at January 2016 levels. To learn more, read Why Crude Oil Prices Fell despite the OPEC and Non-OPEC Deal. This meeting was followed by a meeting of major oil producers on April 17, 2016. For this meeting, Qatar invited all the OPEC (Organization of Petroleum Exporting Countries) members and other major oil producers. 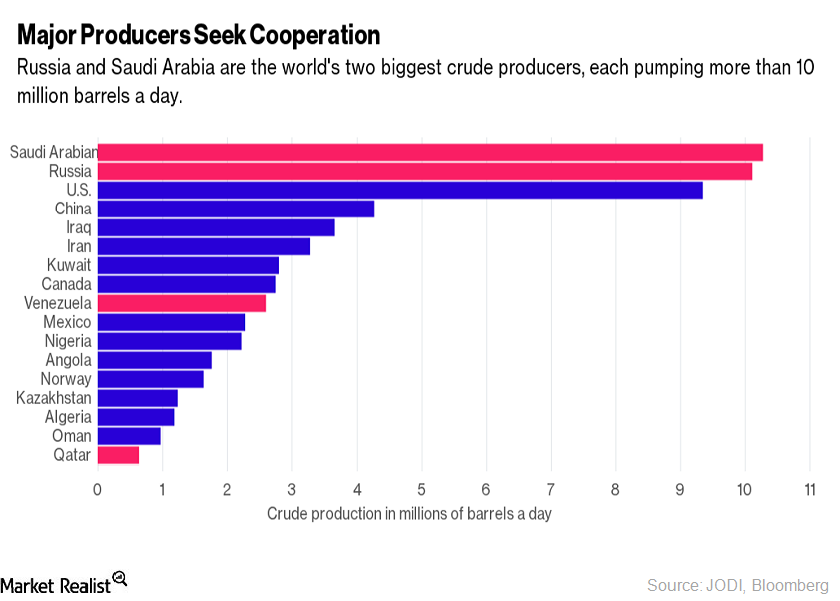 The April meeting was originally scheduled for March 2016. However, due to scheduling difficulties, it had to be postponed, which led to a rise in crude oil price volatility. The intention of the oil producer meeting was to cap crude oil output at January 2016 levels. Around 16 OPEC and non-OPEC producers are estimated to have participated in this meeting, which together account for ~73% of global crude oil production.

We’ll discuss why the oil producer meeting failed in the next part of the series.