The wireline voice segment continues to shrink with customers migrating to wireless and VoIP (Voice over Internet Protocols) services. Telecom companies are focusing on broadband for households. They want to alleviate cost pressures from a shrinking voice subscriber base. 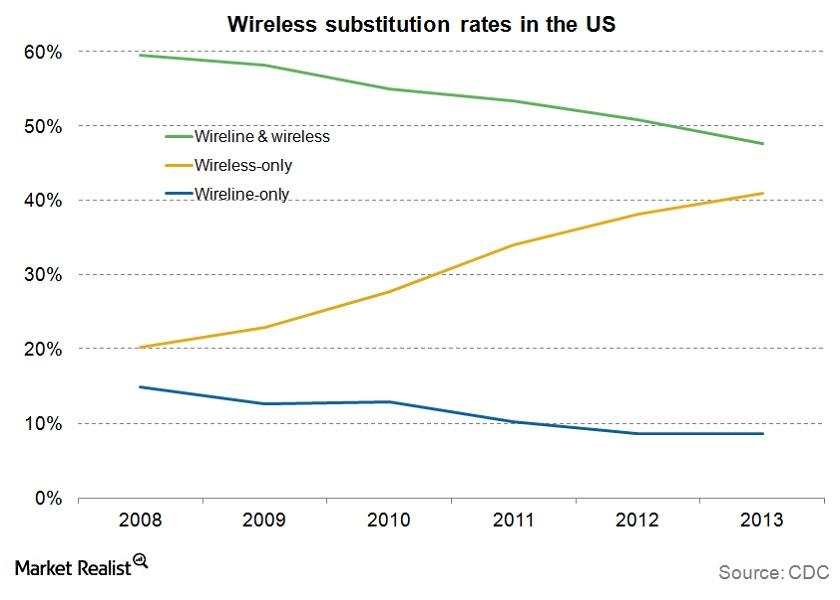 Fiber is a high-cost choice

Enhanced broadband requires fiber as a medium to provide fast internet speeds. Fiber in the last mile—FTTP (fiber-to-the-premises)—significantly increases Internet speeds—compared to copper. Most telecom networks use copper. Upgrading the last mile to fiber entails significant costs—especially for wireline telecom companies. They have to manage additional cost pressures from a smaller revenue stream. The fixed-voice subscriber base is shrinking.

In contrast, AT&T (T) uses FTTN (fiber-to-the-node). It uses copper in the last mile. AT&T uses it, after its neighborhood node, to connect the network to the customer. It also uses enhanced DSL to provide high-speed broadband to its subscribers. Compared to FTTP, FTTN costs less in terms of initial deployment. It can be upgraded to FTTP later. However, FTTP can provide much faster Internet speeds than FTTN.