In the systems software space, Oracle’s (ORCL) peers include Microsoft (MSFT), Red Hat (RHT), and ServiceNow (NOW). Let’s take a close look at the market views of Oracle and its metrics. 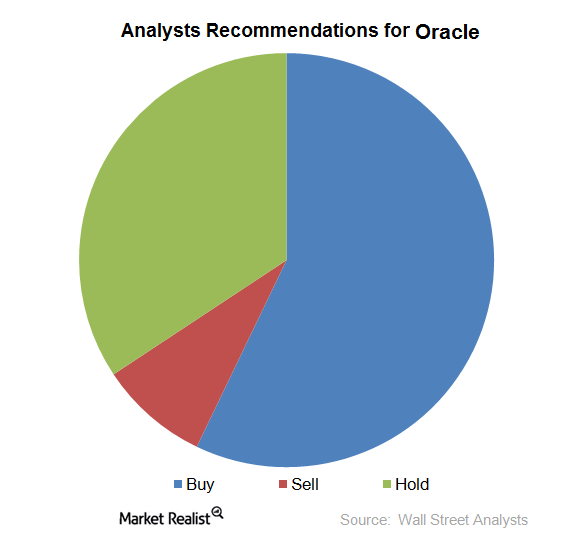 Oracle’s falling revenue growth and flailing position in the consolidated and competitive cloud space have weighed down the stock’s upward journey. By making strategic acquisitions like Netsuite and Dyn along with new offerings cloud space, Oracle failed in its fiscal 1Q17 earnings to meet analyst expectations, which caused its stock to fall 3% after the earnings were announced.

According to 247wallst.com, Morgan Stanley (MS) has named Oracle one of the five top technology companies of 2016.