In this series, we’ll look at the company’s performance in fiscal 2Q16 and the factors that will drive future growth. 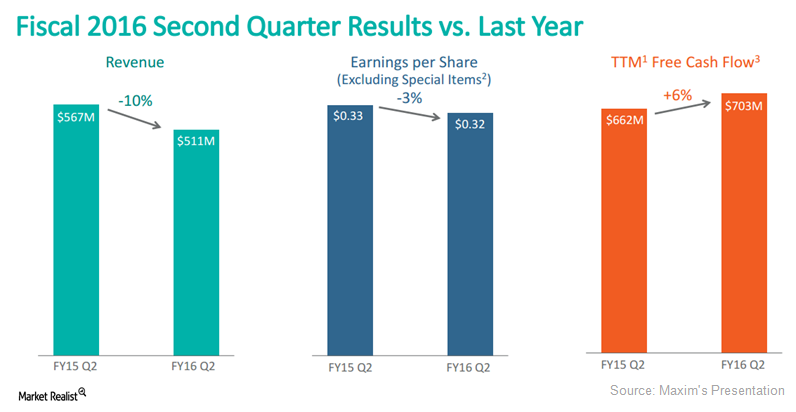 In fiscal 2Q16, Maxim’s revenue fell 10% year-over-year to $511 million, topping the analyst estimate of $505 million. The 34% revenue growth in the automotive segment was offset by declines in the computing, consumer, industrial and communications, and data center segments.

The company’s non-GAAP[1. generally accepted accounting principles] earnings per share fell 3% year-over-year to $0.32, in line with the analyst estimate.

Even Advanced Micro Devices (AMD) has managed to reduce its expenses by streamlining its product portfolio.

In the next part of this series, we’ll look at the key segments that drove the company’s revenue in fiscal 2Q16. The PowerShares QQQ ETF (ETF) has just above 8% exposure to semiconductor stocks, including 0.19% to MXIM and 0.26% to XLNX.