IBM launches Z13 as a platform for mobile and cloud space

In January 2015, IBM (IBM) unveiled its latest mainframe computer, the Z13. IBM developed the Z13 specifically to manage cloud, analytics, and mobile workloads. IBM claims that the computer is the most sophisticated mainframe built to date by the company. Z13 is the end result of 500 patents and a $1 billion investment in ~5 years.

Mainframe is essential as it allows cloud infrastructures to adequately or wholly replicate customers’ private IT environments. It thus aids in achieving the vision of the hybrid cloud. IBM uses mainframe in its managed cloud offerings, and it is the key to the IBM Cloud used by its enterprise customers. 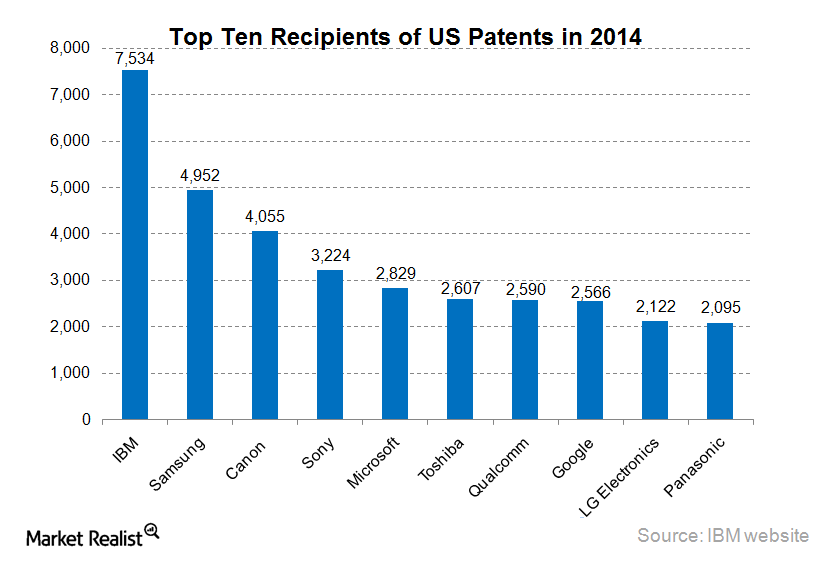 To gain diversified exposure to IBM, you can invest in the Technology SPDR (XLK). XLK invests 3.51% of its holdings in IBM. As the above presentation shows, IBM received the most patents in 2014. In the technology space, Microsoft (MSFT), Google (GOOGL), and Qualcomm (QCOM) also made the top ten lists.

IBM claims that a single Z13 system can support as many as 8,000 virtual servers. The Z13 is also significantly cheaper to operate than its predecessor, the x86 server, and public cloud alternatives, which makes it a cost-effective cloud choice.

In the earlier part of the series, we discussed how IBM enjoys a leadership position in the mainframe space with a 30% market share. Its mainframes are known to deliver higher levels of reliability, availability, and serviceability (or RAS) and business continuity than other hardware platforms available, a characteristic that Z13 also has.

The majority of banks and other financial institutions all over the world use IBM’s mainframe Z systems for their security. IBM says Z13 can enhance this feature with acceleration technologies that double the encryption speed. Also, Z13 can be configured in an entirely open cloud environment.