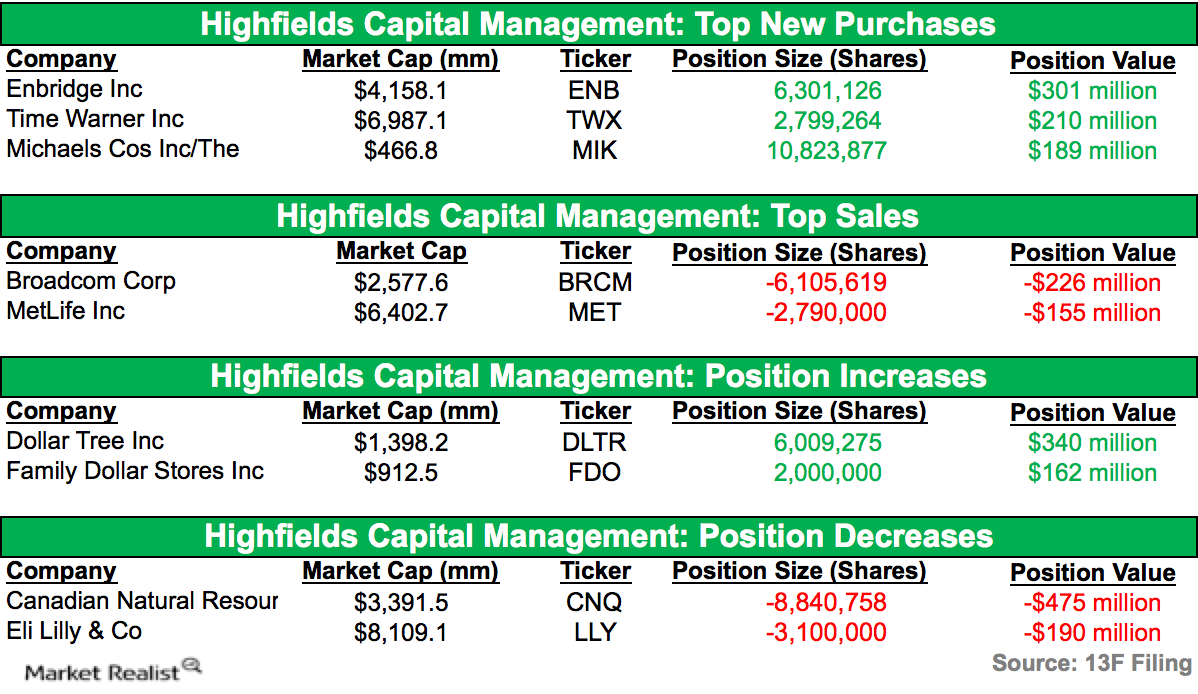 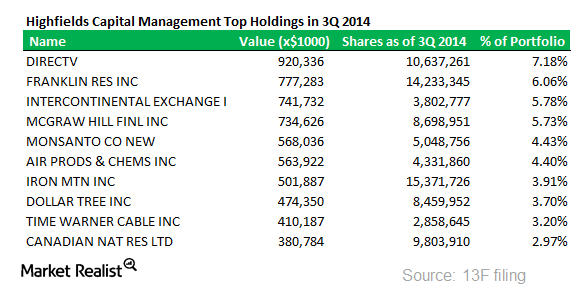 Apart from the stocks mentioned above, the fund also added to its positions in Iron Mountain (IRM), Walgreens (WAG), and Starwood Hotels & Resorts (HOT). It lowered its stakes in Mondelez International (MDLZ), Nordstrom (JWM), and Qualcomm (QCOM).

We’ll discuss Highfields’ new position in ENB in the next part of this series.