On Tuesday, June 14, 2016, the crude oil sector declined amid global economic concerns. This weakness was shifted to some of the crude oil–related companies during the day. 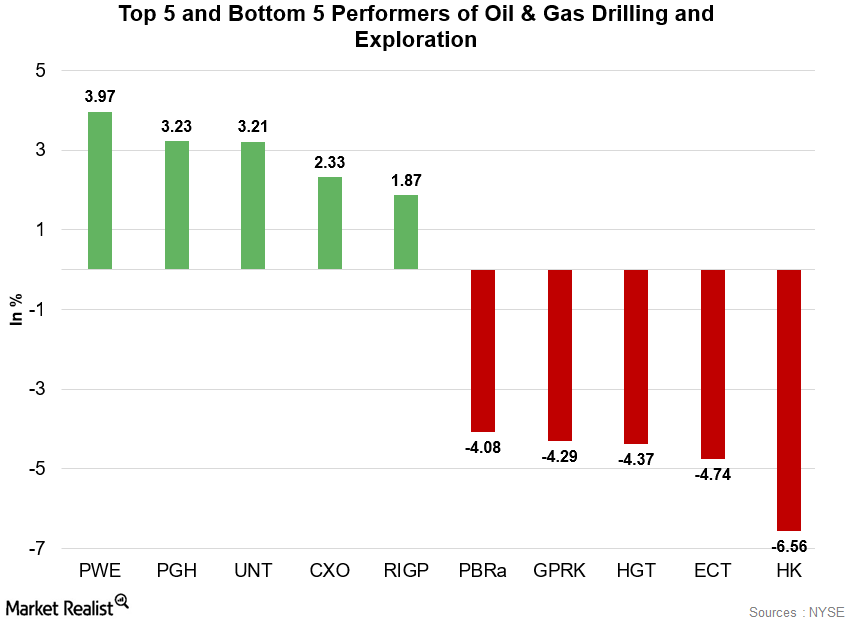 A relief to Chevron and Royal Dutch Shell

Among the major oil producers in Canada, Chevron (CVX) and Royal Dutch Shell (RDS.A) got some relief on Tuesday as the Nigerian militant group, the Niger Delta Avengers, agreed to peace talks with the African country’s government.

The top five performers in the oil and gas drilling and exploration sector of the energy industry are:

In the same industry, the top five losers in that sector are:

The performance of these stocks on Tuesday, June 14, 2016, is shown in the above chart.