For 1Q16, Devon Energy (DVN) reported total production of 685 MBoepd (thousand barrels of oil equivalent per day), which was at the higher end of its 1Q16 production guidance range of 657–693 MBoepd. 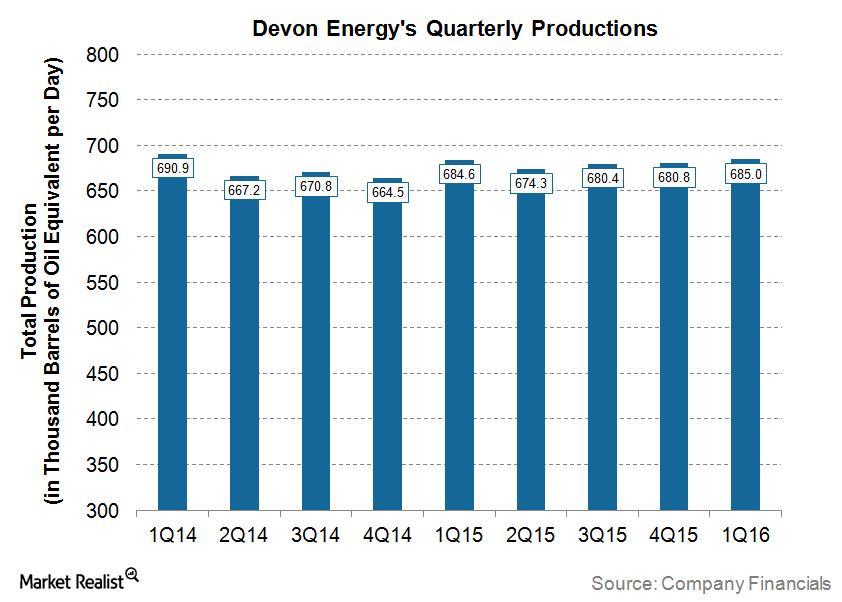 According to Devon Energy’s 1Q16 operations report, its 1Q16 total production was mainly driven by its core assets, in which DVN reported production of ~581 MBoepd, ~10% higher than in 1Q15.

Devon Energy’s core assets include its assets in the Delaware Basin, the Eagle Ford Shale, the Barnett Shale, the Rockies, the STACK in Oklahoma, and heavy oil assets in Canada.

Based on its strong 1Q16 production performance, Devon Energy has raised the midpoint of its 2016 production guidance by 15 MBoepd, or ~3%.

Based on this new guidance, the midpoint of 2016 production estimates is ~630 MBoepd. Devon Energy expects to deliver increased production without additional capital spending.