Baker Hughes (BHI) released its weekly US crude oil rig count report on Friday, April 8, 2016. The report showed that the US crude oil rig count fell by eight to 354 rigs for the week ending April 8, 2016, compared to the previous week. The rig count is at its lowest level since the 1940s. Crude oil prices rallied almost 8% in the last two trading sessions. To learn more, read the first part of the series. 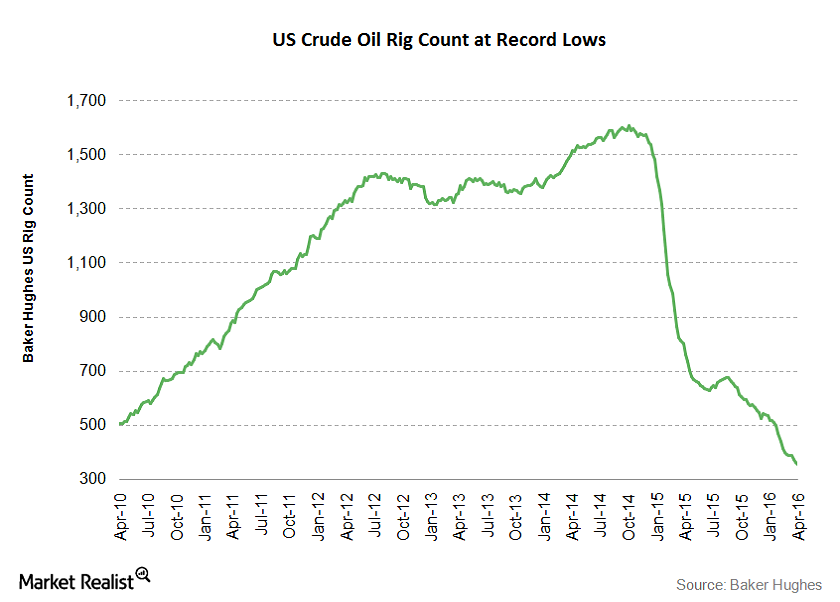 The US crude oil rig count fell by 184 rigs YTD (year-to-date). The US crude oil rig count peaked at 1,609 rigs in October 2014. This is almost 78% less than its peak levels. The US drilling activity fell due to lower crude oil prices. Prices fell almost 65% since June 2014 due to oversupply. The fall in drilling activity affects drillers like Seadrill (SDRL), Noble (NE), Transocean (RIG), and Atwood Oceanics (ATW).

In the next part of the series, we’ll look at how the hedge funds are playing the crude oil market.