Vale’s (VALE) coal production for 1Q16 fell by 2% year-over-year (or YoY) while it rose by 5% quarter-over-quarter to reach 1.7 million tons.

Vale’s Carborough Downs in Australia reached its second-highest quarterly output at 763,000 tons in 1Q16, driven by good operational performance. This helped the company to offset lower production at its Moatize operation. Production at Moatize was 90,000 tons in 1Q16 as both metallurgical and thermal coal production fell due to unplanned six-day maintenance and the prioritization of waste movement during the quarter. 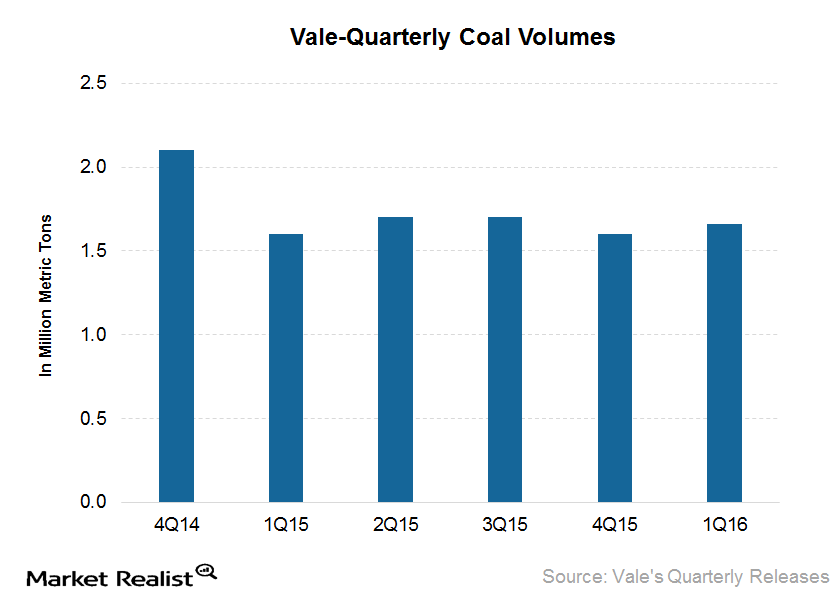 Vale’s peers in the coal space are also suffering due to increased supply coupled with weak demand. This has led many coal stocks in the United States (QQQ) to file for bankruptcy.

The reduced production was due to lower production at Vale’s Brazil and Peru facilities due to scheduled maintenance stoppages and ship loading interruptions resulting from bad weather conditions.

Vale’s ammonia production was 26,000 tons in 1Q16, 344% higher than in 4Q15 due to a production restart after a prolonged maintenance stoppage at the company’s Cubatão plant.