The Brown Advisory WMC Japan Alpha Opportunities Fund (BIAJX) fell 3.7% in December 2015 from the previous month. In the three-month and six-month periods ended December 31, 2015, the fund has risen 8.3% and fallen 6.4%, respectively. In the one-year period, which we’ll be analyzing, the fund has risen 11.4%. Meanwhile, from the end of December 2015 until January 28, 2016, the fund fell 8.6%—the biggest decliner among the funds in this review for the period.

BIAJX had a terrible time in December, and the full year 2015 was not that great, either. Among the six funds in this review, it ranked fourth, making it a below-average performer for the year. Let’s look at what has contributed to this performance. 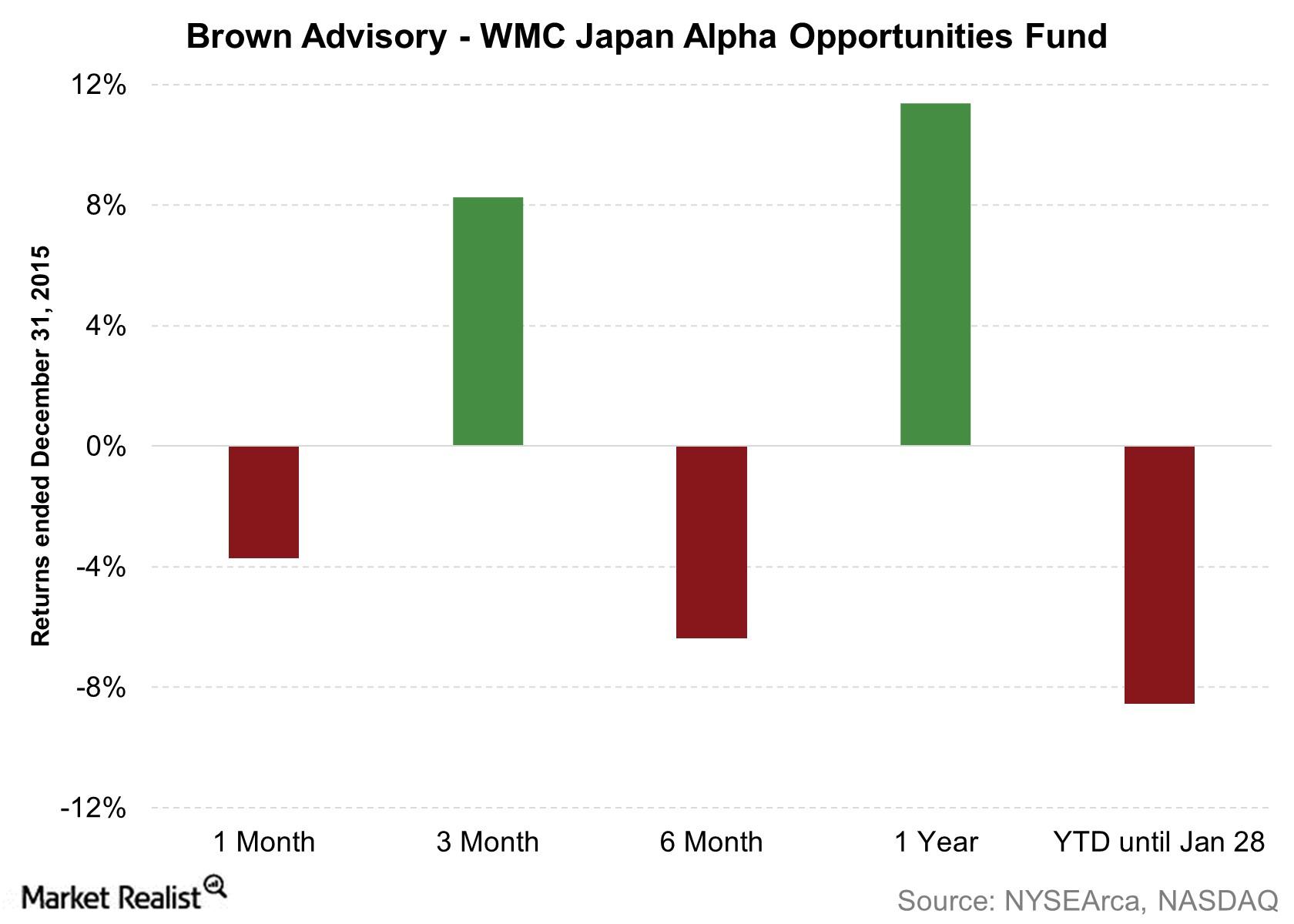 BIAJX has the shortest history among the six Japan-focused mutual funds in this review, having been incepted only in March 2014. Because the latest complete portfolio of the fund available to us is as of September 2015, we will consider that as our base. For December, we will consider valuation changes for our analysis. All the portfolio percentages discussed here will refer to their weights according to changes in valuation from September to December 2015.

The consumer discretionary sector—the top invested sector of the BIAJX—was the biggest contributor to the fund’s returns for 2015. Apparel and miscellaneous retailer Adastria Co., Ltd. contributed the most to the fund’s returns in 2015. Honda Motor Co., Ltd. (HMC) and Nissan Motor Co. Ltd. (NSANY) were also among the positive contributors. E-commerce company Rakuten, Inc. and auto parts company Takata Corporation led the decliners, but they did not have a substantial impact on positive contributors.

Financials were the led by Mitsubishi UFJ Financial Group, Inc. (MTU) and similar to the consumer discretionary sector, negative contributors did not have too large an impact on the sector’s returns.

The consumer discretionary and healthcare sectors did well and did not have many negative contributors. However, the same could not be said about the information technology and industrials sectors, both of which have a sizable portion of their assets invested in them.

There were several negative contributors like Hitachi Ltd. (HTHIY) and Toshiba Corporation (TOSYY), which dragged their respective sectors down. Some stocks with sizable exposure, such as Canon Inc. (CAJ), were inconsequential as they essentially were flat in terms of contribution. This hurt the fund’s prospects and even with double-digit returns for 2015, the fund was a below-average performer.

In the next article, let’s look at the Fidelity Japan Fund (FJPNX).