The Bank of Korea maintained its interest rates at record lows of 1.5% in its December meeting. Even as exports continue to decline, the central bank felt the eased policy stance would assist economic growth momentum. The next meeting is scheduled for January 14, 2016, when the bank will announce its interest rate decision.

An increase in domestic demand and an increase in the GDP (gross domestic product) by 1.3% in the quarter ended September 2015 are expected to reduce pressure on the central bank to further reduce the benchmark rates. 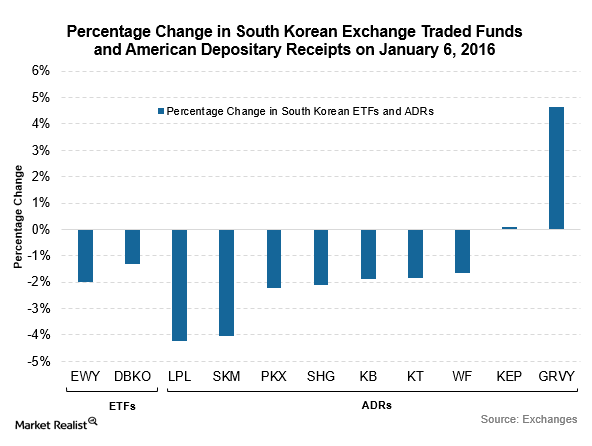 Response from around the world

A South Korean spy agency has stated that the seismic waves produced by the explosion were lower than normal, thus raising questions about whether it was indeed a hydrogen bomb test.