According to EIA (U.S. Energy Information Administration) estimates, US coal shipments dropped to 14.7 million tons during the week ended December 18, 2015. It was a 24-week low. 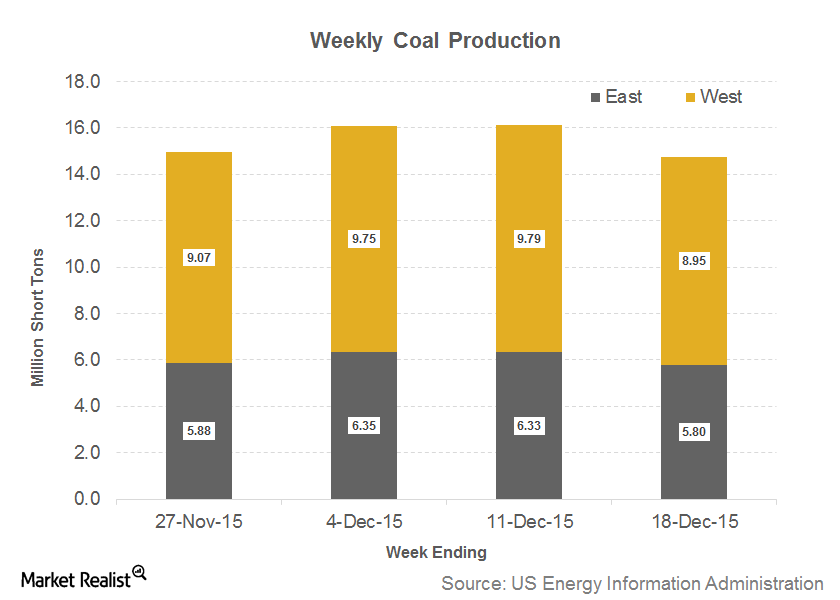 Why is this coal shipment indicator important?

Every week, the EIA publishes shipment data based on coal railcar loadings. Coal is an important commodity for railroad companies such as Union Pacific (UNP) and CSX (CSX). However, coal’s importance in freight is falling due to the emergence of shale oil. It’s also falling due to competition from other commodities and the reduced propensity of utilities (XLU) to stock coal. For more about the relationship between crude oil and coal, see Part 3 of this series.

More importantly, coal producers mine coal based on demand, so coal shipments mirror production over the long term. In this sense, a sustained rise or fall in coal shipments over a few weeks compared to the previous year is a significant indicator for coal producers (KOL) such as Peabody Energy (BTU), Alliance Resource Partners (ARLP), Arch Coal (ACI), and Cloud Peak Energy (CLD).

Key takeaways from the state of coal shipments

However, there can be some deviations in the short term. It’s important to remember that shipments are a function of demand and other factors such as rail availability and competition from other commodities. In this sense, weekly coal shipment data can be misleading. Apart from genuine demand-side issues, factors such as rail cars not being available, bad weather, and supply issues can distort the data.