According to the EIA (US Energy Information Administration), the Utica Shale in eastern Ohio has become one of the fastest-growing natural gas-producing regions in the United States. In its Drilling Productivity Report released on November 9, 2015, the EIA estimates that Utica Shale’s natural gas production reached 3.0 Bcf (billion cubic feet) per day in October 2015. That’s 2.1% more than production in September and 69% more than production one year previously. 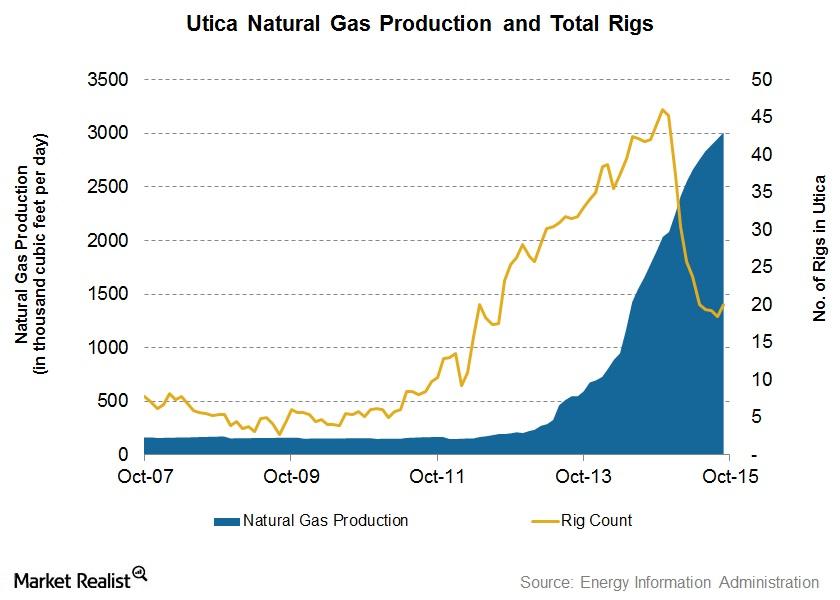 According to Baker Hughes (BHI), there were 20 rigs operating at the Utica Shale as of November 9—one rig more than in September. In comparison, 42 rigs were in operation at Utica Shale last year.

Continue to the next part of this series for a look at natural gas production at the Haynesville Shale.