BlackBerry (BBRY) made a few important acquisitions in the previous quarter, including its competitor in the mobile device management (or MDM) space, Good Technology. BlackBerry acquired Good Technology for $425 million, and the company expects to generate $160 million in revenues from Good Technology in the first year. 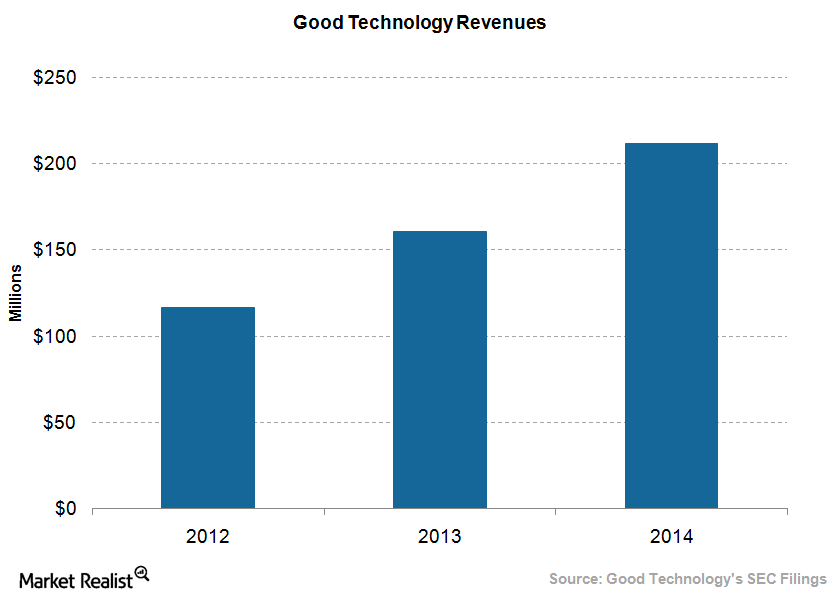 Good Technology will help BlackBerry to compete in the MDM market

Good Technology briefly thought of going public, and even released its financials. However, expectations of not receiving a good response from investors forced the company to shelve this initiative. The above chart shows that Good Technology achieved strong revenue growth, growing from $160 million in 2013 to $212 million in 2014 at a growth rate of 32%.

The fierce competition in the enterprise MDM market forced BlackBerry and Good Technology to merge. MobileIron (MOBL) and VMware (VMW), after its acquisition of AirWatch, are some of the potent players in this market. BlackBerry also has plans to target a 30% cost reduction after combining Good Technology with its operations.

For diversified exposure to Microsoft, you can invest in the PowerShares QQQ Trust, Series 1 ETF (QQQ). QQQ invests about 8.0% of its holdings in Microsoft.