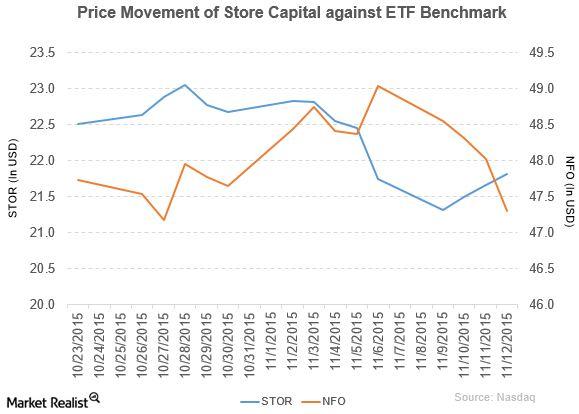 The Guggenheim Insider Sentiment ETF (NFO) invests 1.1% of its holdings in Store Capital. The ETF tracks an equal-weighted index of the 100 US stocks selected by increases in earnings estimates and publicly available buying trends of corporate insiders. The YTD price movement of NFO was -1.5%, as of November 11, 2015.

The following shows breakdown of Store Capital’s competitors and their respective market caps: