The fund has generally been a below average performer for all periods under review. For the one- and three-month periods ending in October 2015, it stood at the eighth and seventh spots, respectively, among the nine funds we’re analyzing in this series. For the six-month period, FBGRX came in sixth place. For the YTD and one-year periods it came in fifth.

Let’s look at what contributed to this below average performance by the fund. 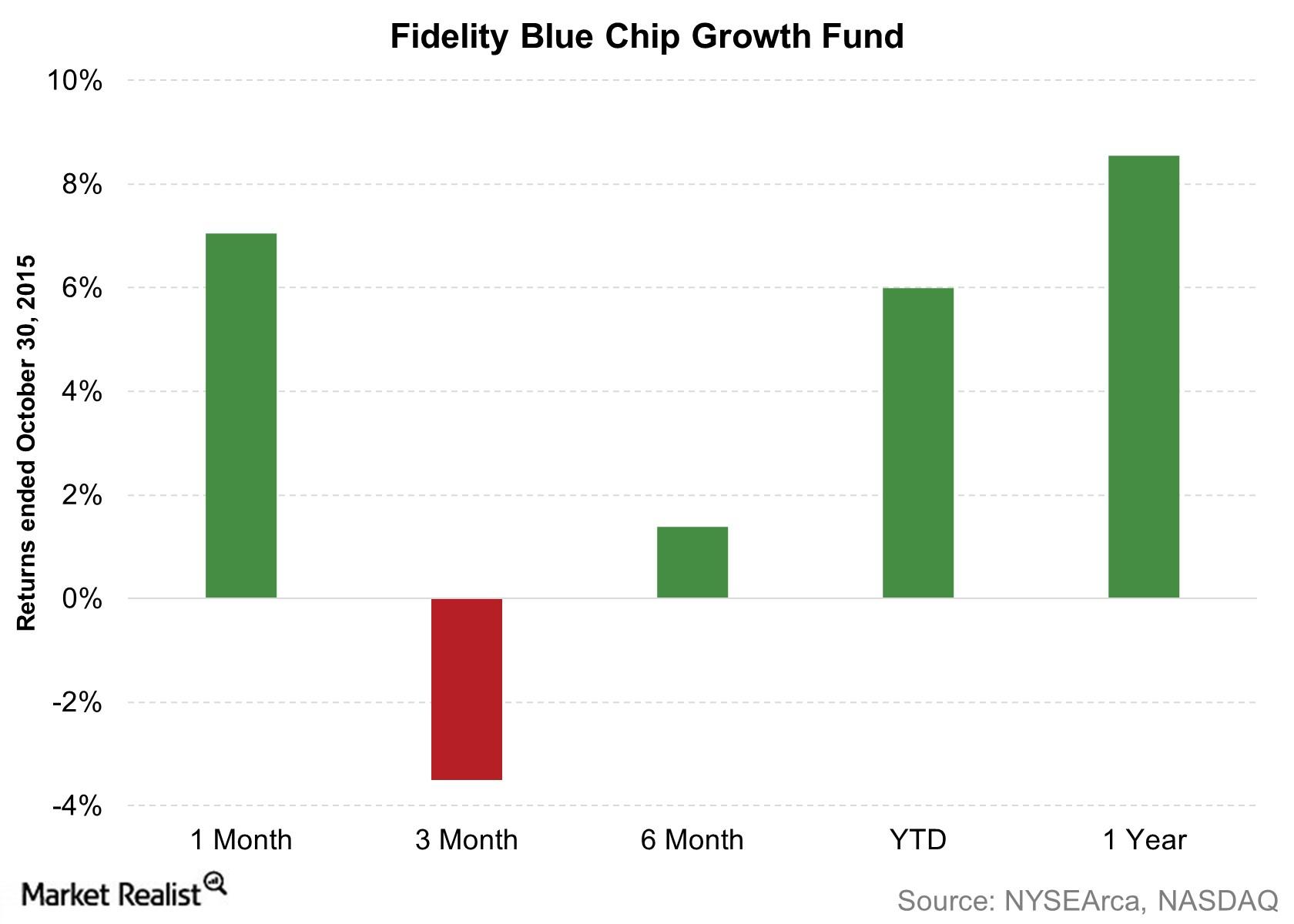 FBGRX has been around for a while, having been created in December 1987. The latest complete portfolio information available to us is as of September 2015. Hence, for our analysis, we’ll take that portfolio as our base and consider valuation changes as they stood at the end of October 2015. All portfolio percentages mentioned from here on refer to their weights according to changes in valuation between September and October.

Information technology was the biggest positive contributor to the fund’s returns in the one year ending October 2015. Class A shares of Alphabet (GOOG) were the biggest contributor to returns from the sector. Facebook (FB) followed Alphabet in terms of the quantum of positive contributions. Other major contributors included Apple (AAPL), Activision Blizzard (ATVI), Cognizant Technology Solutions Corporation (CTSH), and Freescale Semiconductor (FSL).

Consumer discretionary stocks—the other sector that commands a big chunk of the fund’s portfolio—were the second-biggest positive contributors to returns. Amazon.com (AMZN) had a big role to play as it contributed over half of the sector’s returns. Meanwhile, GoPro (GPRO) was the biggest detractor during the period. The fund manager has, however, liquidated this holding.

Reasons behind below average performance

Energy was the primary negative contributor to the fund’s returns in the one-year period ending in October 2015, even though it formed only a small fraction of the fund’s portfolio. Negative contributions were also led by Halliburton Company (HAL), with Pioneer Natural Resources (PXD), and Whiting Petroleum Corporation (WLL) also contributing in good measure.

In the next part of this series, we’ll look at the historical portfolios of the Fidelity Growth Company Fund (FDGRX).