The fund emerged as the top performer in all periods under review except the three-month period, in which it was the second-best performer. But let’s look at what contributed to this dominant performance by the fund. 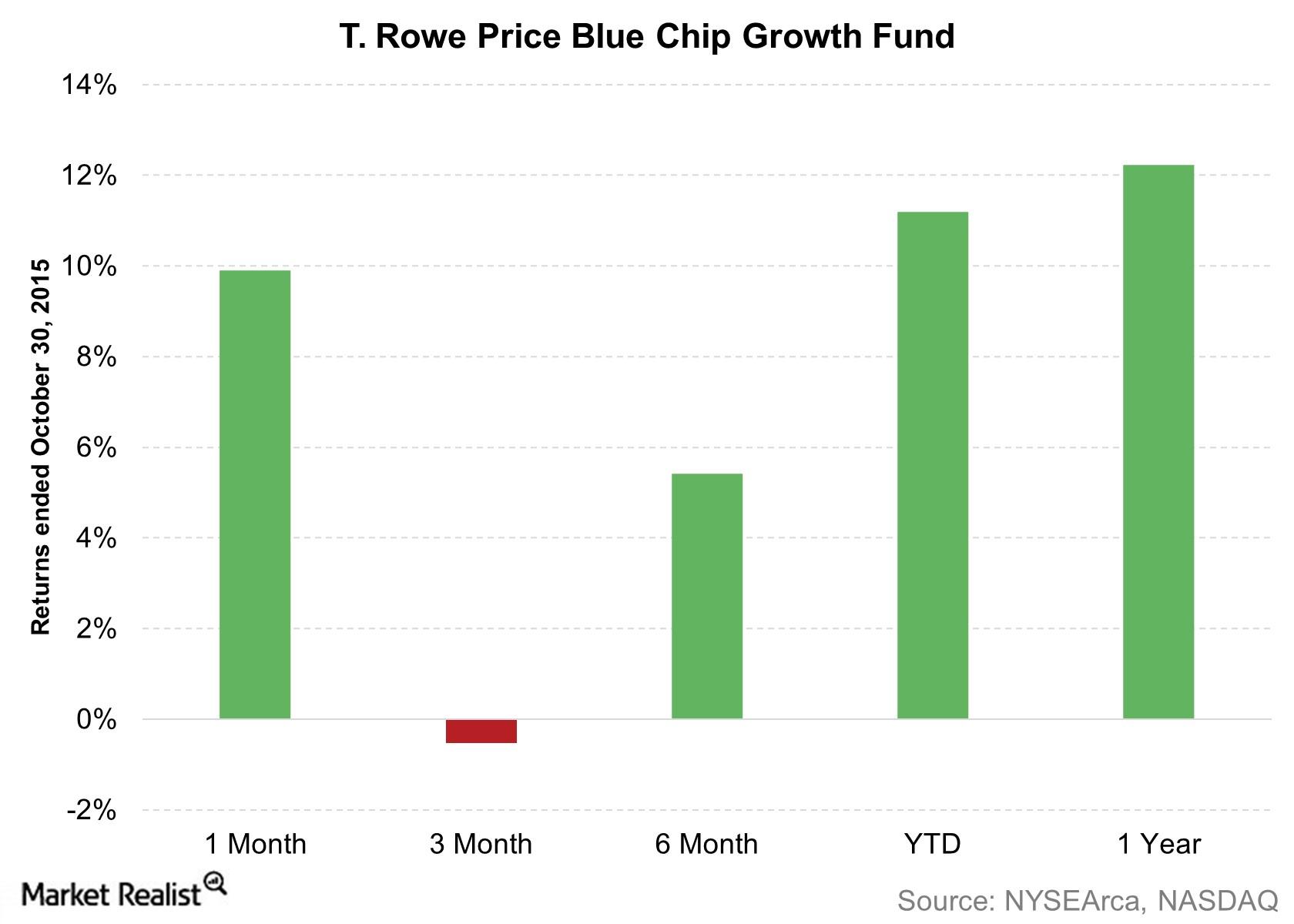 TRBCX has witnessed several market cycles, having been launched in June 1993. The latest complete portfolio available for the fund is as of September 2015. Hence, for our analysis, we’ll take that portfolio as our base and consider valuation changes as they stood at the end of October 2015. All portfolio percentages mentioned from here on refer to weights according to changes in valuation between September and October.

Stocks from the consumer discretionary sector were major contributors to the fund’s returns for the one-year period ending in October 2015. Strong returns posted by Amazon.com (AMZN) were responsible for half of the contributions to total returns from the sector. Starbucks Corporation (SBUX) came in a distant but important second place. Lowe’s Companies (LOW) and O’Reilly Automotive (ORLY) also contributed positively. Meanwhile, Wynn Resorts (WYNN) emerged as the biggest drag on the sector.

The materials sector, which has been a troubling sector for a lot of mutual funds in this review, actually contributed positively to TRBCX, with Sherwin-Williams Company (SHW) and Ecolab (ECL) contributing positively.

In the next part of this series, we’ll take a look at the Vanguard Growth Index Fund Investor Shares (VIGRX).