US horizontal versus vertical rigs 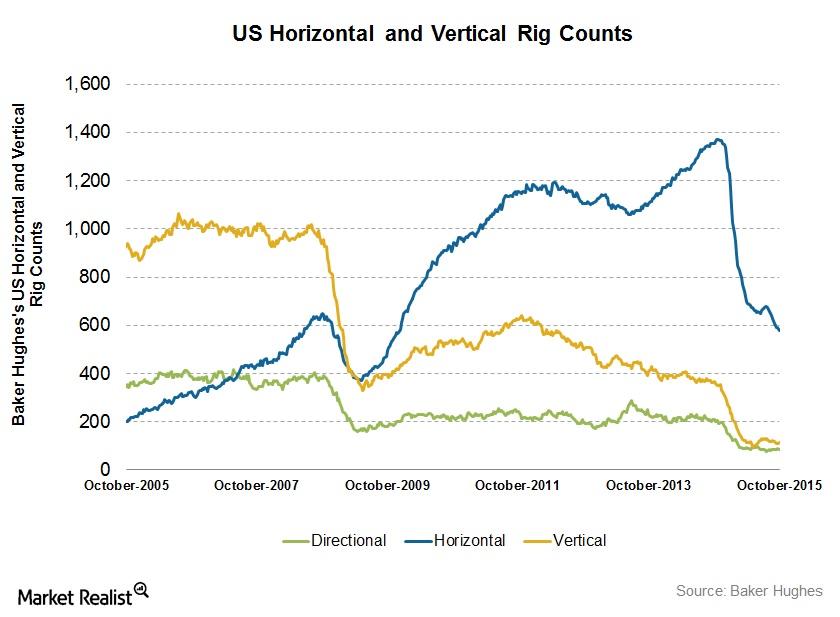 Horizontal rigs and the shale boom

At the end of October 2015, the horizontal rig count was still up by ~72% compared to the count in January 2007. During this period, the number of active vertical rigs fell by ~89%. The rise in the number of horizontal rigs occurred in tandem with the US shale boom.

How are energy companies affected?

The 57% drop in the number of active horizontal rigs in the past 12 months shows that these companies may be reducing the horizontal drilling operations that drove the US shale boom. Exxon Mobil accounts for 17.3% of the Energy Select Sector SPDR ETF (XLE) and 24.0% of the Vanguard Energy ETF (VDE).