The small-cap (small capitalization) stocks of the iShares US Health Care Providers ETF (IHF) gave a return of 0.55% on November 10, 2015. The stocks underperformed IHF, which returned 0.6%, and outperformed the SPDR S&P 500 ETF (SPY), which returned 0.25%. 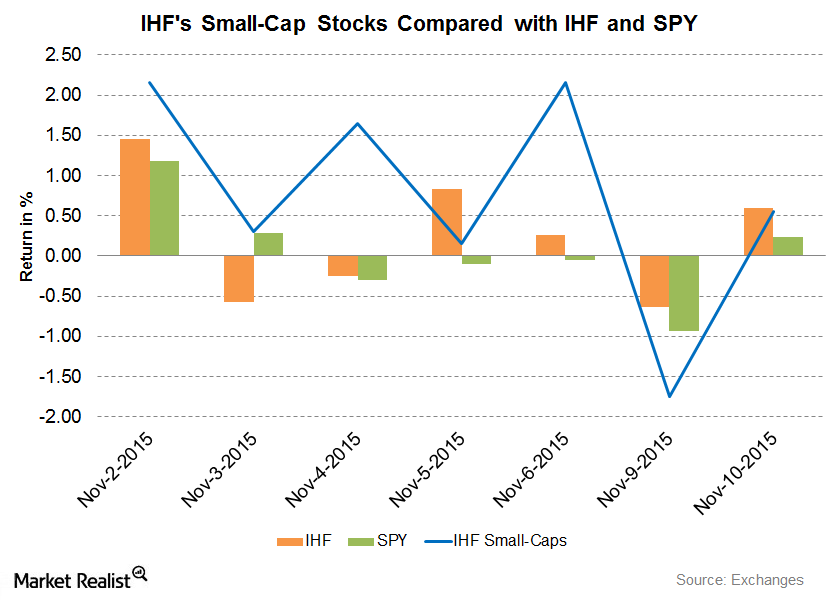 Adeptus Health (ADPT) rose by 3.6% on November 10, 2015. The stock rose following its announcement that it had officially opened its first Texas hospital in Carrollton, Texas, with full Centers for Medicare & Medicaid Services (or CMS) certification from the joint commission.

ADPT’s stock is trading well below its analyst median recommendation price of $110. It has a book value of $4.33. With its current price, the stock is trading at a price-to-book value (PBV) of 14.61x. ADPT has a weight of 0.45% in IHF’s portfolio.