The SPDR S&P 500 ETF (SPY) and the Direxion Daily S&P 500 Bull 3X ETF (SPXL) fell 0.06% and 0.12%, respectively, on October 29. The day saw stocks falling, bond yields rising, and crude oil and the US dollar trailing downwards. The Fed’s statement, released a day before, signaled the possibility of a rate hike in December 2015—provided the upcoming economic indicators show strength. The lower-interest-rate monetary policy benefits the stock markets. Now, since the December rate hike is still on the Fed’s table in the upcoming Federal Open Market Committee or FOMC meeting, the probability of the market expecting a December rate hike has increased.

The following graph presents a market snapshot of Thursday, October 29. 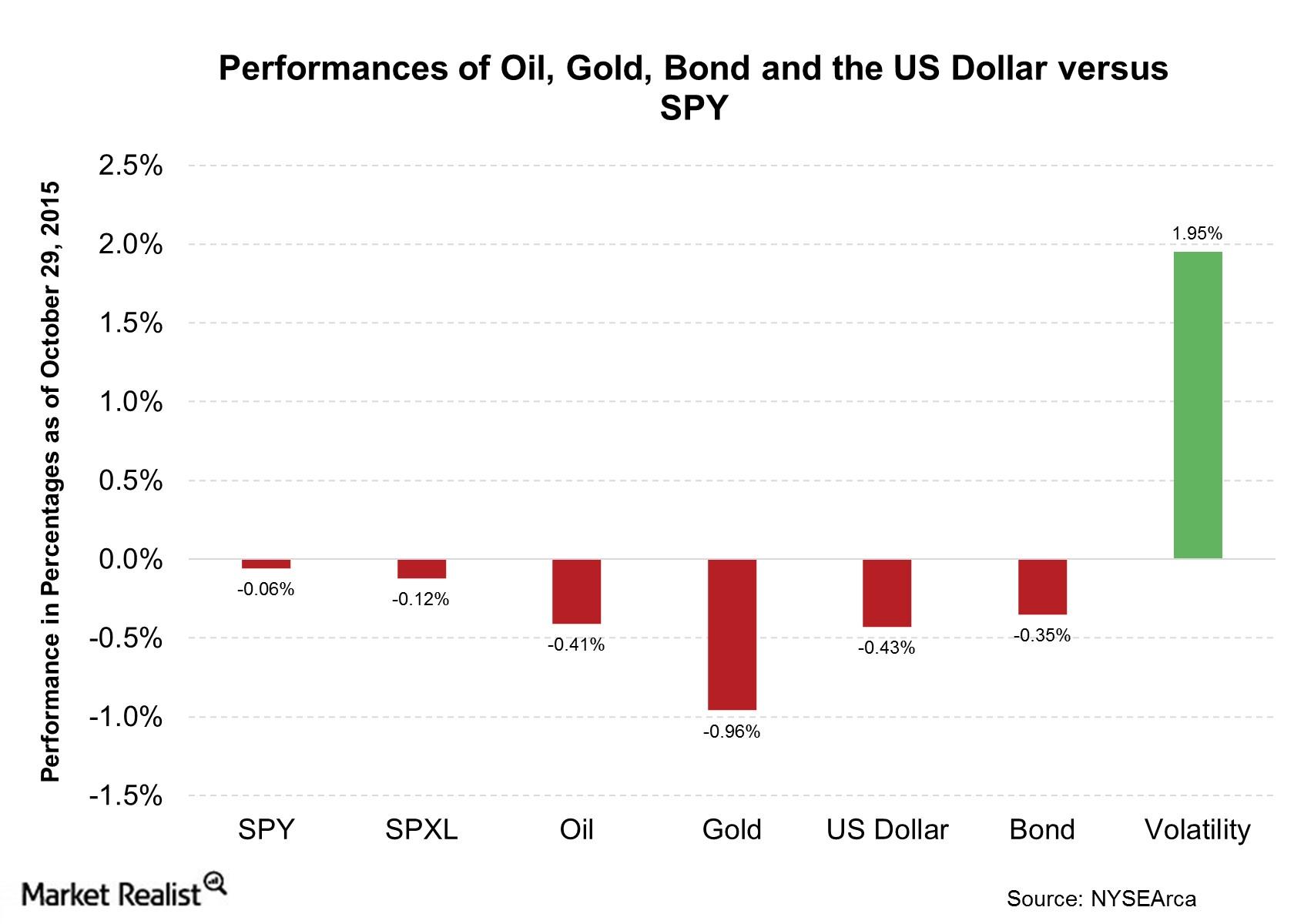 The US dollar fell slightly on the day since the US GDP report was mixed and the growth rate missed the consensus estimate. Oil dropped owing to international supplies and a rise in inventories. Metals and miners’ stocks also fell on October 29.

The natural gas report released by the Energy Information Administration or EIA for the week ended October 23, 2015, showed an increase in storage of 63 billion cubic feet. The storage change was less than the prior reading of 81 billion cubic feet. This lifted energy sector stocks related to the natural gas exploration and storage. These stocks include QEP Resources (QEP), Murphy Oil (MUR), EQT (EQT), and Anadarko Petroleum (APC). These stocks rose 6.43%, 4.20%, 3.92%, and 3.10%, respectively, on October 28.