Except the YTD period, in which FHJUX is fifth among the ten funds we’re reviewing in this series, the performance of the fund has been below average in all other periods, putting it in the eighth spot for the one- and three-month periods ending in September.

Let’s look at what contributed to FHJUX’s below average performance. 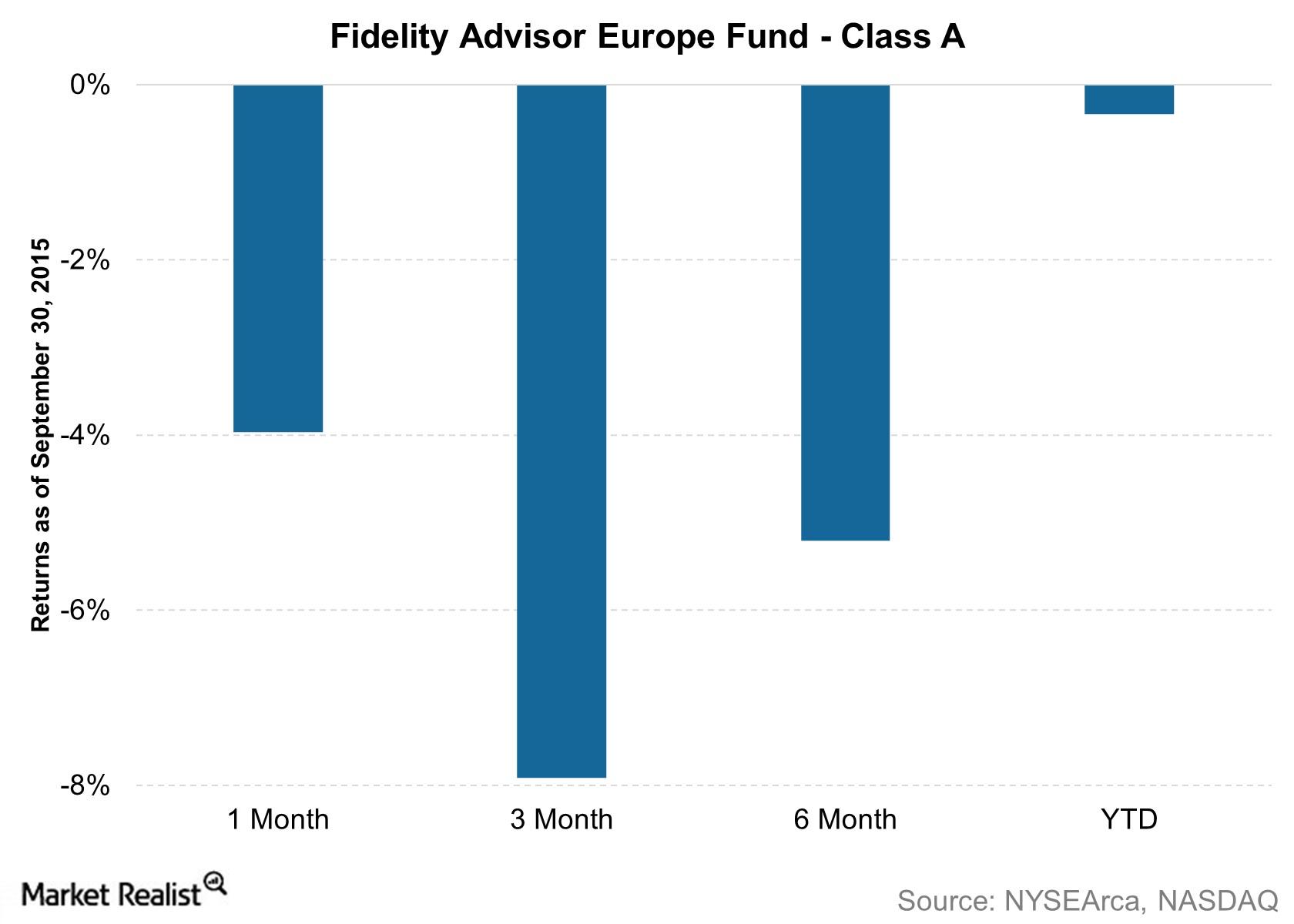 Portfolio composition and contributions to returns

FHJUX has the longest track record among the ten funds in our review. It has been in inception since October 1986. According to its latest geographical disclosure, companies from the United Kingdom, Sweden, and Germany are the top three invested geographies, in that order.

Since the latest complete portfolio of the fund available to us is as of August 2015, we will consider that as our base. For September, we’ll consider valuation changes for our analysis. All portfolio percentages mentioned from here on refer to their weights according to changes in valuation from August to September.

Here’s a breakdown of FHJUX’s holdings and contributions:

Notably, the quantum of negative returns from the consumer discretionary sector were reduced by positive contributions to return by Adidas AG (ADDYY), RELX NV (RENX), and Christian Dior SE (CHDRY).

Even though industrials had only the third largest exposure, stock picks in the sector hurt the fund’s performance in September. Financials, in general, have had a hard time, but industrials still outdid the sector in terms of negative contribution to returns. The small exposure to consumer staples also hurt the fund as they have done reasonably well over the selected period.

Read the next part of this series for a look at the next Europe-focused mutual fund in our analysis, the Ivy European Opportunities Fund Class A (IEOAX).