Coca-Cola gets a stake in Suja 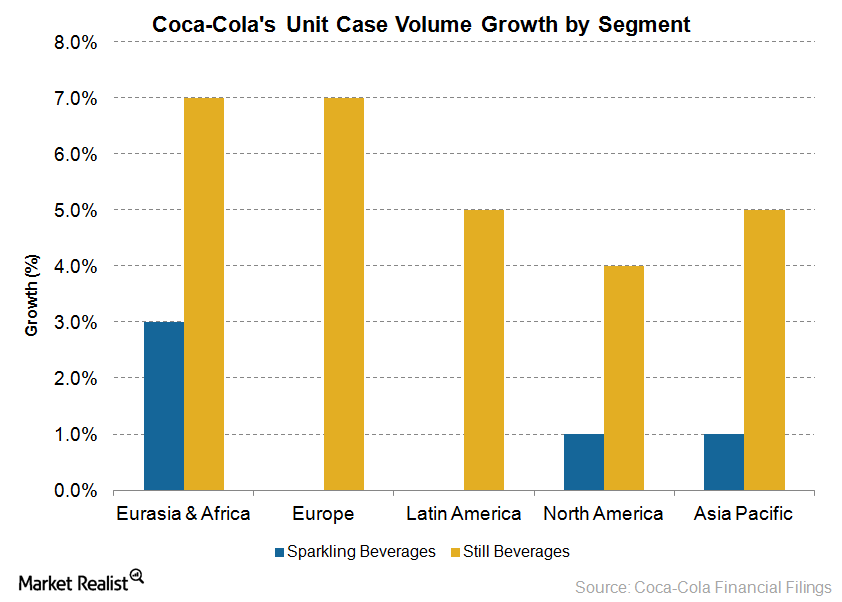 In 2Q15, Coca-Cola’s still beverages performed better than sparkling beverages across all the segments. Overall, the unit case volume of the company’s global still beverage portfolio grew 5%, driven by strong demand for ready-to-drink tea, packaged water, and value-added dairy. This growth was unfavorably impacted by a 1% decline in juice and juice drinks volumes. The company reported 1% growth in its global sparkling beverage volume.

The acquisition of a minority stake in Suja Juice will further strengthen Coca-Cola’s still beverage portfolio.

From a humble beginning three years ago as a home-delivery juicing company in San Diego, Suja Juice has emerged as America’s second most promising company in 2015 based on rankings by Forbes magazine. The rapidly growing company generated $42 million in revenue in 2014.

For more updates, you can visit our Nonalcoholic Beverages page.