According to oilfield service company Baker Hughes (BHI), there were 862 active oil and gas rigs in the US in the week ending July 2, 2015—three more than the previous week ending June 26. This marked a rise in oil rigs for the second week in a row. Before the week to June 26, the US rig count fell consecutively for 28 weeks.

With last week’s rise, the average four-week US rig count fall is now just two—compared to four in the previous four weeks to June 26. Four week averages give a smoother view of the trend that’s otherwise quite volatile on a weekly basis. 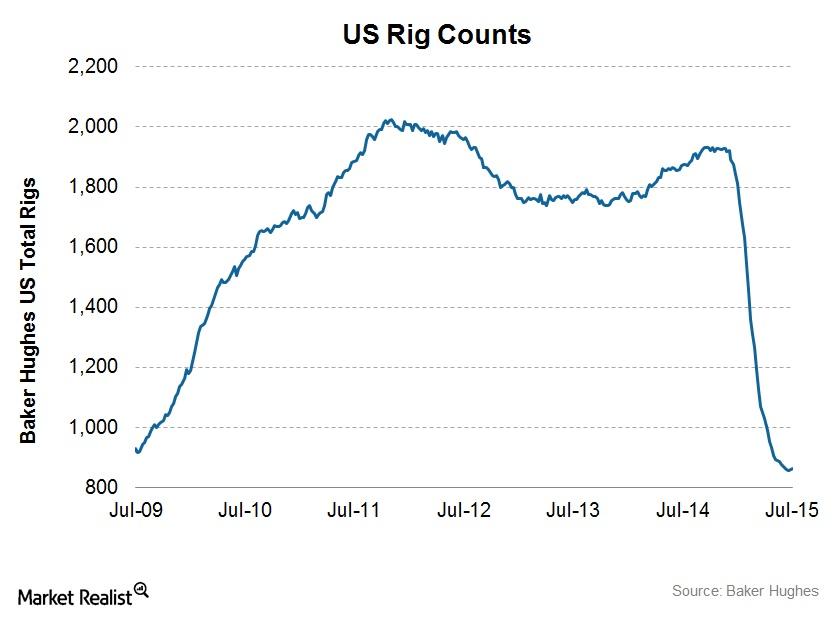 The US rig count experienced an uptrend throughout most of 2014. However, that trend reversed with 28 consecutive weeks of falling rig counts until the week to June 19. Despite recent rises, the US rig count is still at its lowest level since January 2003.

June’s average rig count of 861 represents a fall of 28 from the 889 active rigs in May. In comparison, May’s rig count fell by 87 from April. So, the monthly falling rate is also less.