According to oilfield services company Baker Hughes (BHI), there were 954 active oil and gas rigs in the United States during the week ended April 17, 2015. This was 34 fewer active rigs than in the week ended April 10. After last week’s fall, the average four-week US rig count drop has now slowed to 29. In comparison, rig count drop averaged 60 in the four weeks before that.

The US rig count generally experienced an uptrend in 2014, but that trend has reversed in the past five months. Nineteen consecutive weeks of falling rig counts show that US drilling activity is on a downturn. 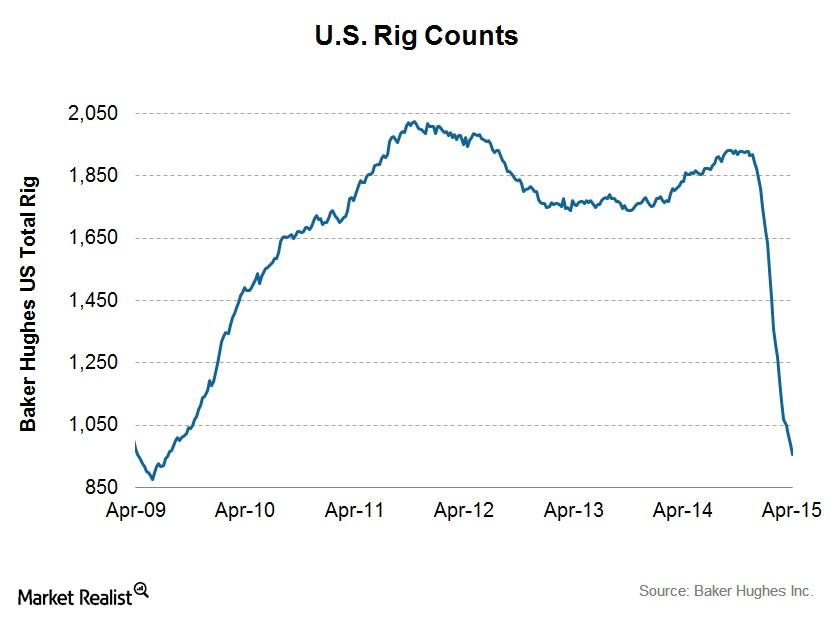 Energy companies like Exxon Mobil (XOM), ConocoPhillips (COP), and Hess Corporation (HES) have upstream operations. A falling rig count should typically lead to a slowdown in production growth and possibly even a decline in production.

Some of these companies are part of the Energy Select Sector SPDR ETF (XLE). XOM accounts for 15% of XLE’s total market capitalization. COP accounts for 4.8% of the iShares U.S. Energy ETF (IYE).

Why have total US rig counts been falling for so long? We’ll explore this issue in the next part of our series.