The US rig count generally experienced an uptrend in 2014, but that trend has reversed in the past three months. Eighteen consecutive weeks of falling rig counts show that US drilling activity is on a downturn. Last week’s count was the 22nd rig count decrease in the past six months. 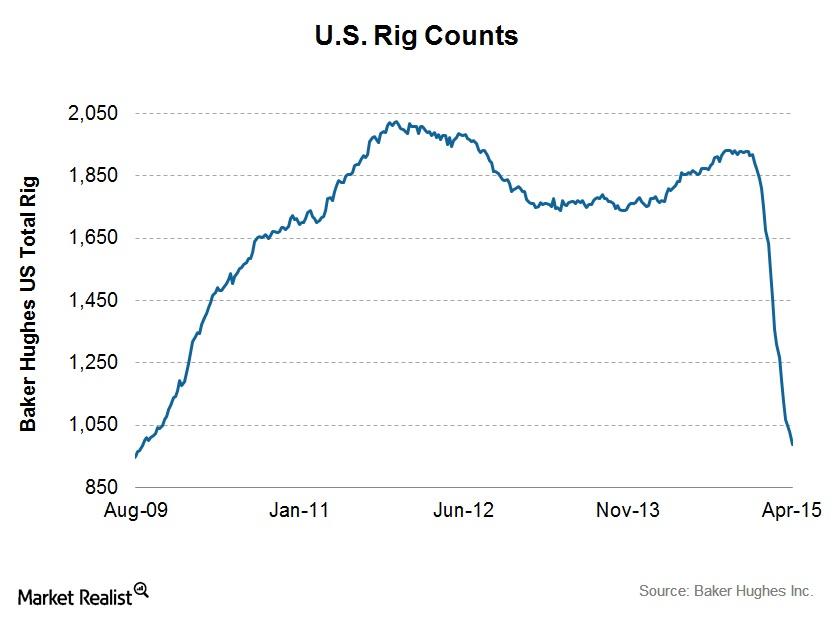 Rig count at lowest since August 2009

Some of these companies are part of the SPDR S&P Oil & Gas Exploration & Production ETF (XOP). Together, CLR and DVN account for 3% of XOP’s total market capitalization. OXY accounts for 3.6% of the iShares US Energy ETF (IYE).

Why have total US rig counts been falling for so long? We’ll explore this issue in the next part of our series.