Baker Hughes (BHI)—an oilfield services company—reported that the US crude oil rig count decreased by 31 for the week ending April 24 compared to the previous week. It was down from 734 to 703. The number of oil rigs is now at the lowest level since October 29, 2010. 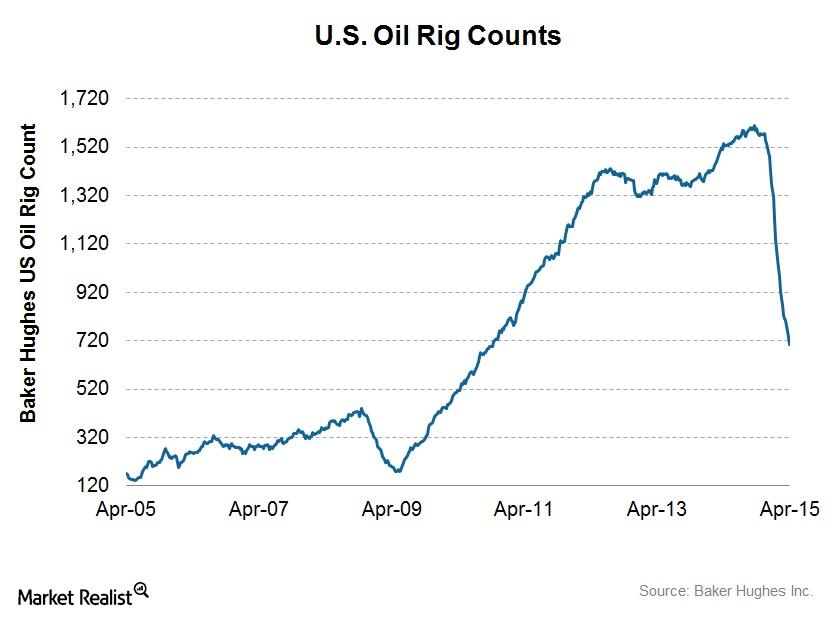 The latest figures mark 20 weeks in a row with a fall in the number of active crude oil rigs. In those 20 weeks, the crude oil rig count crashed by 872.

Among the major resource shales, the main reductions occurred in the Permian Basin located in western Texas and southern New Mexico. It’s important to note that 13 oil rigs were idled last week. In the Eagle Ford in south Texas and in the Williston Basin in North Dakota, the oil rig count declined by nine and five each. In Part 4 of this series, we’ll discuss the Permian Basin rig count in more detail.

Producers are at risk

In the last year, the number of oil rigs in operation dropped by 831, or ~54%. Activity in the oil-rich Permian Basin in west Texas drove most of the decrease. In comparison, the numbers grew by 153 during the same period last year.