The Asia-Pacific region should be the major contributor to the growth in air travel, as two-thirds of the growth in the next 20 years will involve countries in that region. According to the IATA (or International Air Transport Association), global air transport is expected to more than double, with half of the region’s growth led by China.

Traffic growth in the region, however, slowed to 4.9% in November from 5.5% growth recorded in October, and it is expected to remain weak due to the slowdown in regional production activity. In this article, we will see how key economies in the region performed during the month. 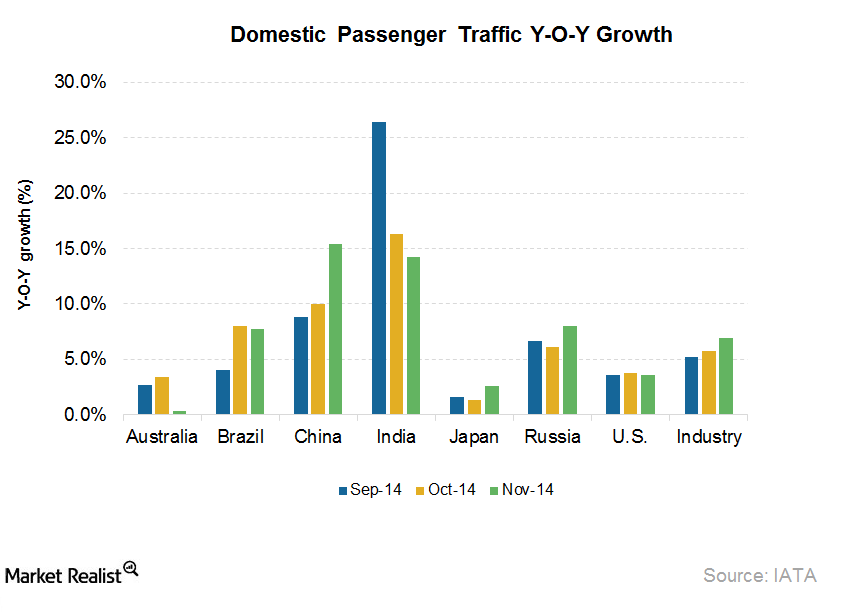 Key economies with a high growth potential such as China and India led the growth in the Asia-Pacific region.

The weak cargo revenue on Chinese airlines and currency depreciation has a negative impact on the Asia-Pacific market. US airlines such as Delta (DAL), American (AAL), Southwest (LUV), and JetBlue (JBLU) recorded higher profitability. Investors can invest in US airlines through ETFs such as the iShares Transportation Average ETF (IYT) and the SPDR S&P Transportation ETF (XTN).