“Is it time to enter emerging market equities?” That’s what many investors are wondering given that emerging market stocks are down significantly since fall lows and have underperformed US stocks year to date. 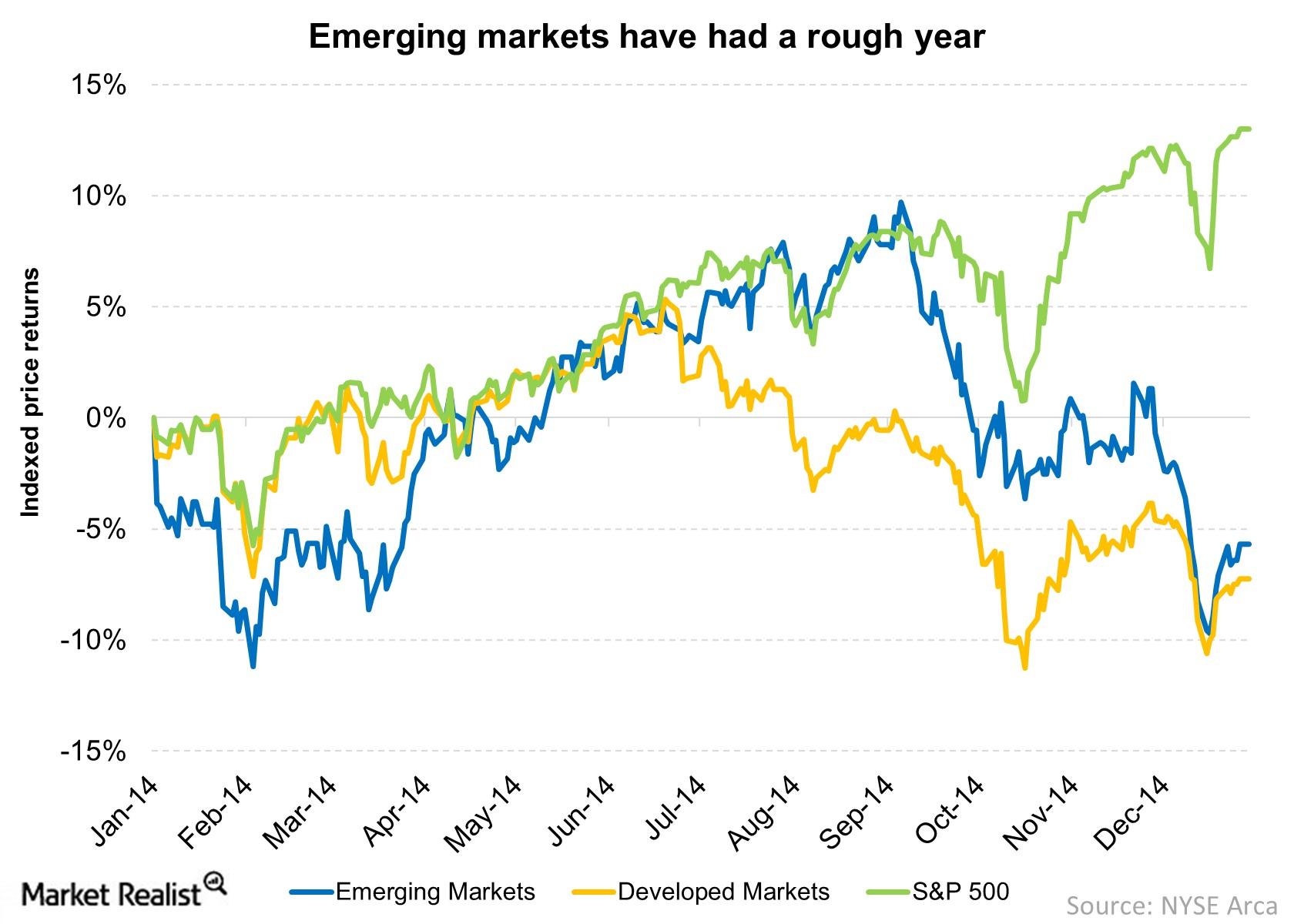 On the other hand, developed and emerging market funds alike have given negative returns in 2014. As the graph above shows, emerging markets, as tracked by the iShares MSCI Emerging Market ETF (EEM), have fallen 5.7%. However, the fund was up ~10.0% in September. Since September, it’s down by 14.0%. Developed markets—the US and Canada aside—as tracked by the iShares MSCI EAFE ETF (EFA), have eroded investor wealth by 7.2%.

The sudden decline in emerging markets is due to a number of factors. Japan (EWJ) recently slumped into recession, whereas Europe (EZU) barely dodged the bullet. Recent economic data coming from China (FXI) indicates that the second-biggest economy is slowing down as well. These are some of the biggest export partners of most emerging markets. Exports usually make up around 20% to 30% of an economy’s GDP (gross domestic product). This has affected emerging market funds adversely.

The next part of this series will show you why emerging markets are attractively valued.