Airline passenger growth has been strong in some of the fast-growing markets. The Middle East recorded the highest airline passenger growth rate of 15.8%, which was higher than the industry average of 7.2% in September. According to the International Air Transport Association (or IATA), Brazil is expected to be the fifth fastest increasing market in terms of additional passengers per year. Eight of the ten fastest growing markets are expected to be in Africa.

The International Monetary Fund (or IMF) notes that the emerging markets of Asia-Pacific, Middle East, Latin America, and Africa are growing at a faster rate than mature markets. Although advanced economies are projected to grow at 1.8% in 2014 and 2.3% in 2015, growth in emerging economies are projected at an average of 4.4% in 2014 and 5% in 2015. 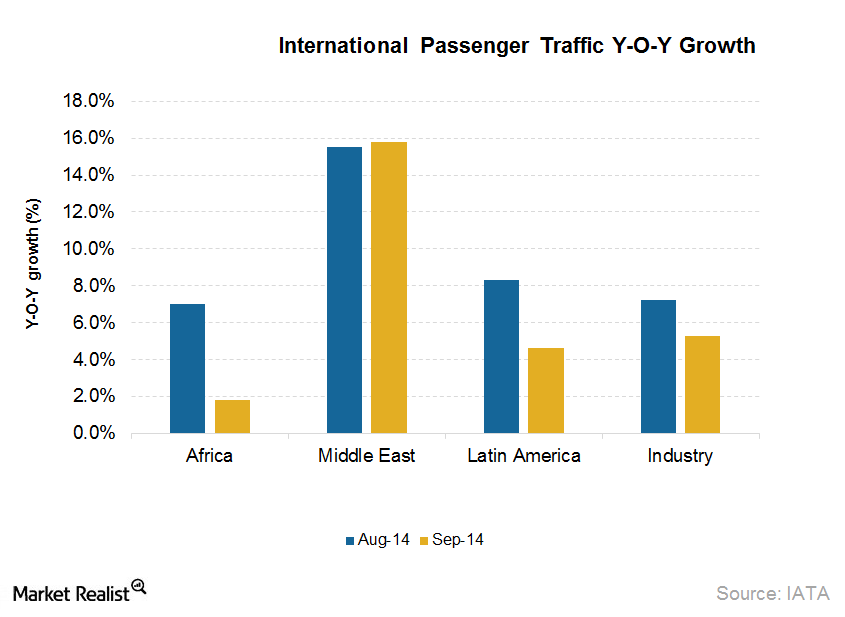 Gol, Brazil’s second largest airline, has been showing considerable improvement over the years despite macro economic challenges. It is held by ETFs such as the Brazil Consumer ETF (BRAQ) and the Guggenheim BRIC ETF (EEB). LATAM (LFL) is the largest airline in Brazil. However, airlines in Brazil are at a competitive disadvantage to major US airlines, including Southwest (LUV), JetBlue (JBLU), America (AAL), United (UAL), and Delta (DAL).