The total revenues for Array BioPharma (ARRY), which are comprised of reimbursement revenues, collaboration revenues, and revenues from licenses and milestones, decreased from $39.2 million in 1Q17 to $29.7 million in 1Q18. 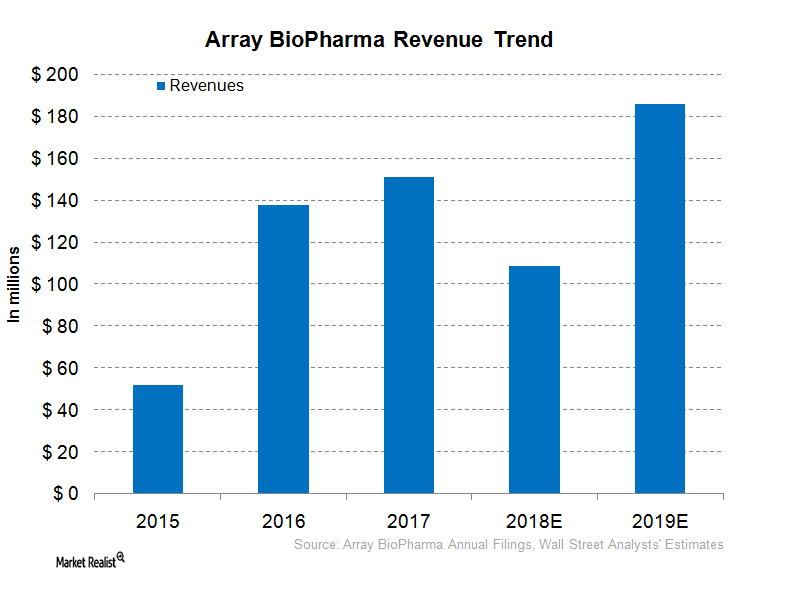