Apple now expects revenues between $76 billion and $78 billion in the December ending quarter (or fiscal 1Q17). This equates to a nominal revenue growth of 1.5% at the mid-point of projection on a YoY basis. The success of iPhone 7 will be the main driver of growth for Apple in this year’s holiday season. The recently released new lineup for Mac is also making Apple optimistic about its growth prospects. The battery explosion issues that Samsung (SSNLF) Note 7 smartphone faced will also be of some help to Apple. 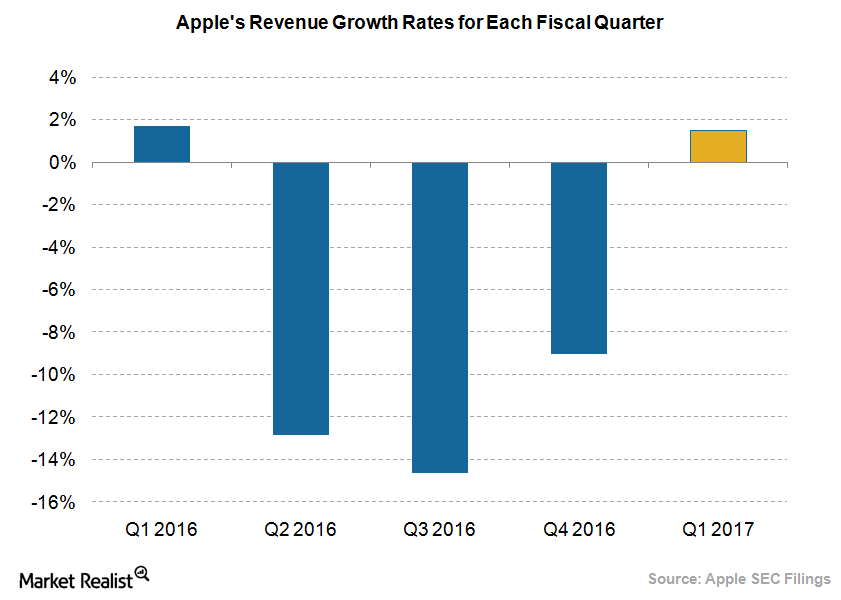 Apple expects a decline in gross margins for a reason