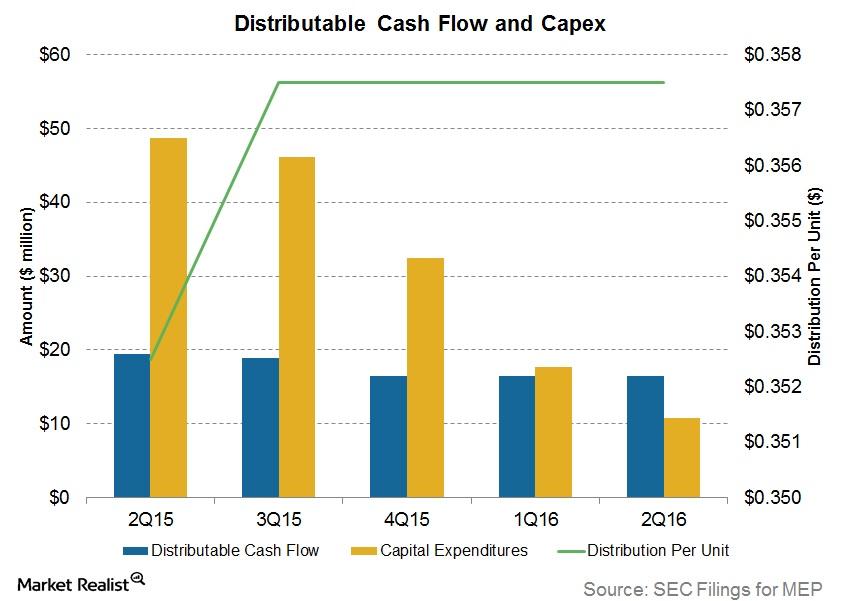 As the above graph shows, Midcoast Energy Partners’s capital expenditures have been declining over the illustrated quarters. The company spent $28.5 million in the first six months of 2016, compared to $104.3 million spent during the same period in 2015. The 3Q15 expenditures in the graph exclude $85 million spent on its NGR (New Gulf Resources, LLC) acquisition.

Midcoast Energy Partners’s distributions have remained flat at ~$0.36 for the last three quarters. The company currently trades at a yield near 16%.

In the next part of this series, we’ll discuss how Midcoast Energy Partners’s stock price is correlated to commodity prices.