Iron ore shipments from major ports in Australia and Brazil (EWZ) are key indicators for investors, as they give the supply-side perspective of the iron ore equation. In this article, we’ll see how shipments are shaping up for the latest month and how they’re expected to pan out going forward. 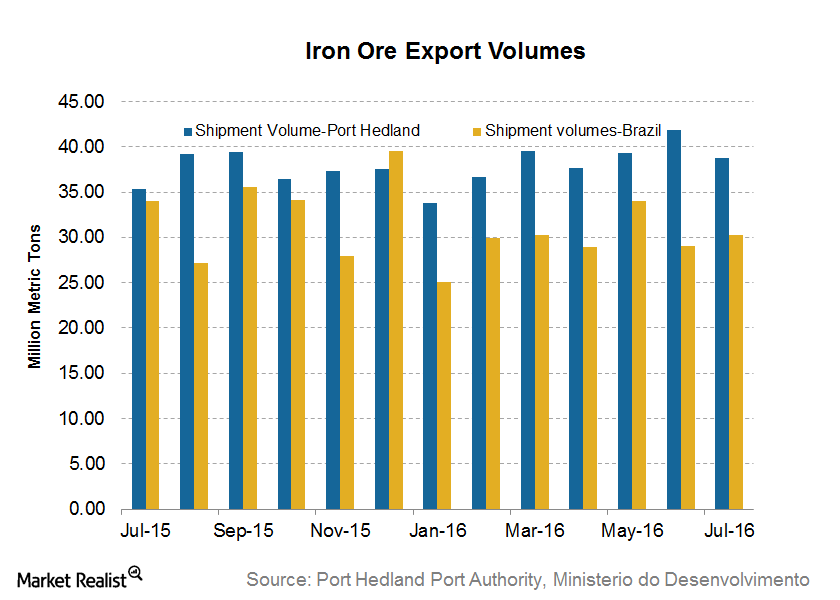 According to the latest data, iron ore exports from Port Hedland fell by 7% month-over-month in July 2016 to 38.7 million tons. June shipments were a record 41.8 million tons. However, the shipments in July were 9.7% higher year-over-year.

Vale’s 90 million tons per year for its S11D project remains on track to come online later this year and ramp up toward its full capacity after that.

Roy Hill and S11D should keep the shipments strong from Australia and Brazil, respectively. In turn, this could be negative for iron ore prices.