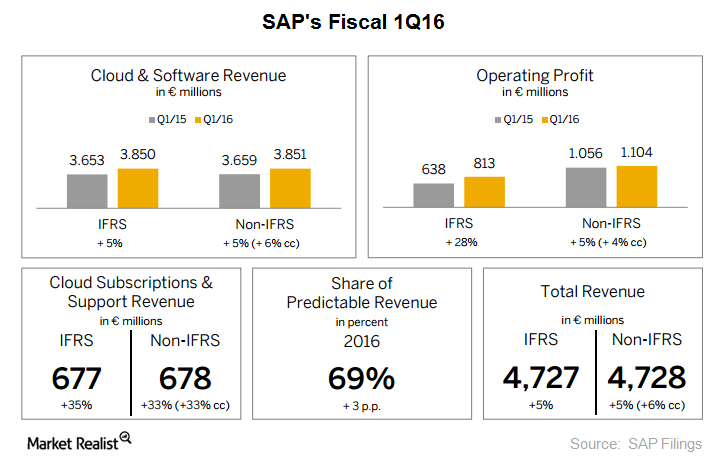 SAP blamed the delay in the signing of some deals for its lower-than-expected revenue growth in fiscal 1Q16. Bill McDermott, SAP’s CEO, said that though the deal’s slippage led to lower revenues in fiscal 1Q16, it would improve the company’s fiscal 2Q16 growth. In its 1Q16 earnings, SAP stated that it has “high visibility into a strong second quarter.”

In this series, we’ll discuss SAP’s cloud strategy and the impact of the UK’s “Brexit” from the EU, as well as the potential effects of the weakening euro and the strengthening US dollar on SAP’s fiscal 2Q16 results.