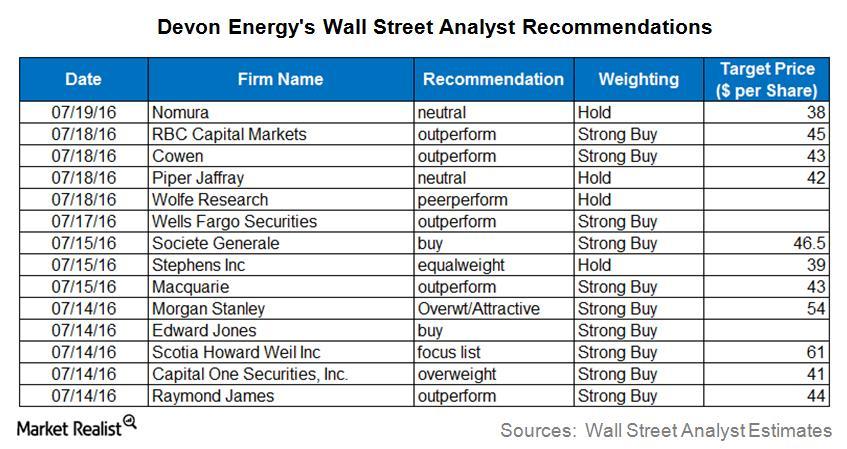 As shown in the above table, the most recent recommendation of “neutral” comes from Nomura, issued on July 19, 2016. Nomura assigned Devon Energy the lowest target price of $38, which is very close to the July 18, 2016, closing price of $38.11. Nomura expects the target price to be reached within the next 12 months.

Based on the median price targets of recommendations from Wall Street analysts, upstream companies Occidental Petroleum (OXY), Energen (EGN), and Memorial Resources Development (MRD) have potential upsides of ~3%, ~13%, and ~14%, respectively, from their July 18, 2016, closing prices. The Energy Select Sector SPDR ETF (XLE) generally invests at least 95% of its total assets in oil and gas companies, whereas the Direxion Daily Energy Bull 3X ETF (ERX) is a leveraged ETF that invests in domestic companies from the energy sector.