After doubling its EPS (earnings per share) in fiscal 2015, Kate Spade (KATE) is predicted to report EPS growth of 56% in fiscal 2016. The company has seen best-in-class sales comps, boasts strong margins, and has a promising expansion strategy.

But from a valuation standpoint, Kate is expensive compared to peers. It was trading at 25x its next-twelve-month EPS (earnings per share) as of July 15, 2016. Its close competitor, Michael Kors (KORS), is more reasonably priced, trading at 11.2x. Though expensive next to KORS, Coach (COH) is still cheaper than KATE at 19.7x. COH’s earnings are expected to grow by ~17% over the next twelve months, while Kors’s earnings are predicted to increase by a mere 4.3%. 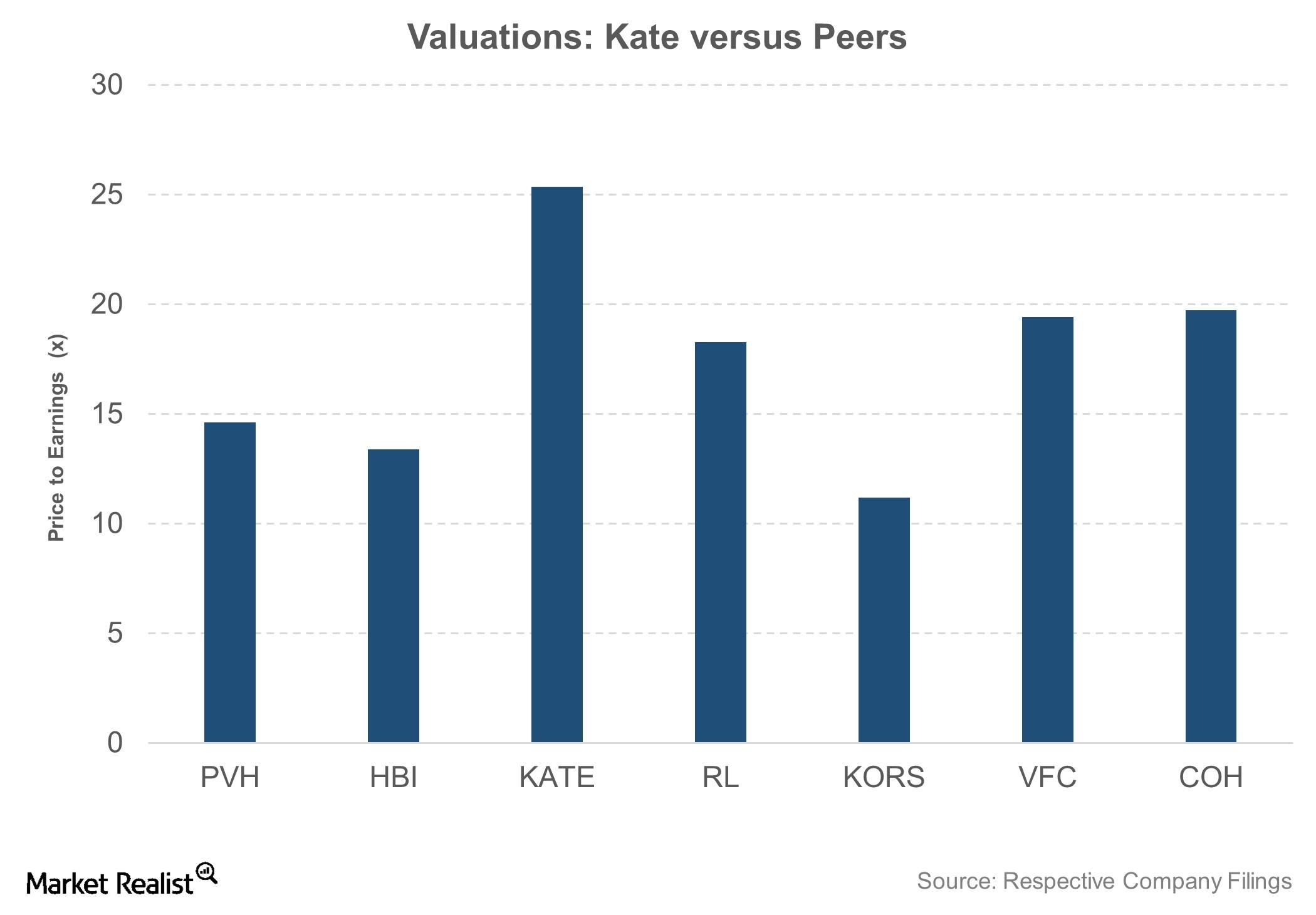 Apparel and accessory peers PVH Corp (PVH) and Ralph Lauren (RL) are also cheaper than Kate. PVH is trading at a one-year forward earnings multiple of 14.6x based on a next-twelve-month EPS decline of 8%. RL’s EPS are also predicted to fall by 0.5% over the next four quarters, and the company’s stock is trading at a one-year forward PE (price-to-earnings) ratio of 18.3x.

The analyst community is positive about Kate Spade and sees a potential for a stock price increase from its current level of $21.06 as of July 15, 2016. The target price for Kate is $28.63, which indicates an upside of around 35%. Of the 21 analysts who have rated Kate, 14 have recommended a “buy,” while seven have recommended a “hold” on the stock. None has given a “sell” recommendation.

The company’s stock has been rated a 2.1 on a scale of one (strong buy) to five (strong sell).

Remember, ETF investors looking for exposure to KATE can consider the First Trust Consumer Discretionary AlphaDEX (FXD), which invests 0.27% of its portfolio in the company.