In this part of the series, we’ll do a quick recap of Mead Johnson’s (MJN) 1Q16 results, which were released on April 28, 2016. In 1Q16, Mead Johnson reported earnings and revenue ahead of analysts’ estimates. However, on a YoY (year-over-year) basis, revenue fell 20% to $962 million as compared to revenue of around $1.1 billion in 1Q15. As expected, currency translation impacted revenue by 600 basis points for the quarter, as 75% of Mead Johnson’s operations are international. 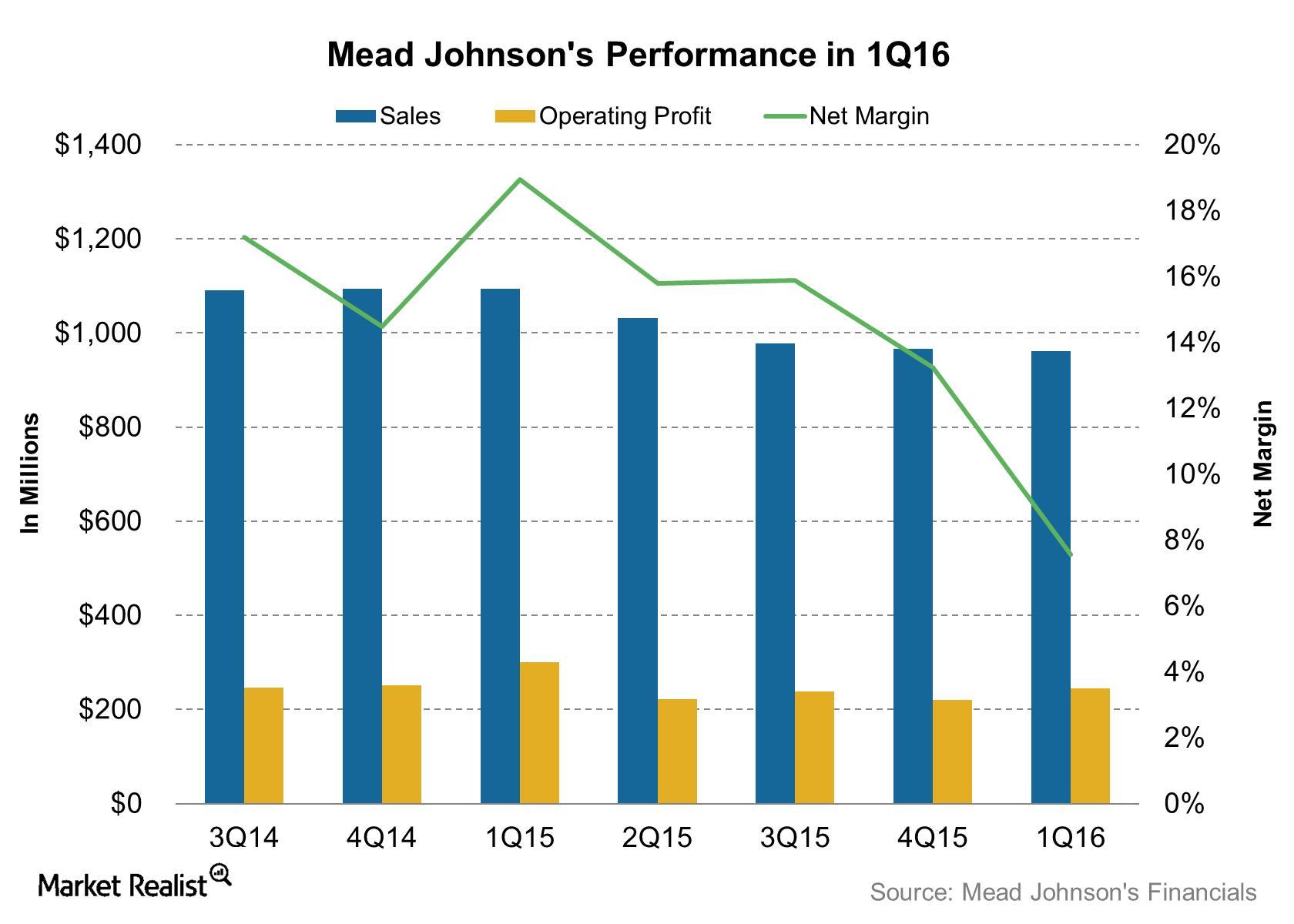 Mead Johnson’s three geographical operating segments are Asia, Latin America and North America, and Europe. The strengthening US dollar affected revenue in all of the company’s geographies, especially China, Mexico, and Argentina.

Despite 1Q16 earnings coming in 4% ahead of estimates, they fell 20% on a YoY basis. The 1Q16 adjusted EPS (earnings per share) came in around $0.87 compared to $1.09 in 1Q15. Currency translation had a negative impact on the company’s earnings by $0.10 per share. EPS was also negatively affected by sales of $0.16 per share. There was also a $0.06 per share effect from advertising and promotion expenses that were balanced by savings of $0.07 from the “Fuel for Growth” initiative.