In comparison, the S&P 500 Index and the Dow Jones Industrial Average are trading at forward PE multiples of 17.8x and 16.7x, respectively. All valuations are as of July 6, 2016. 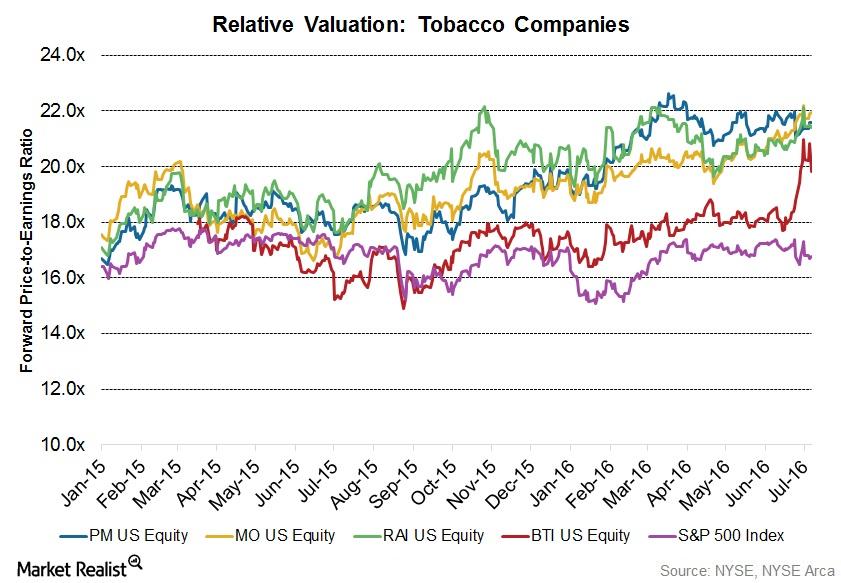 Despite adverse foreign currency impacts faced by Philip Morris in 1Q16, its valuation has risen exceptionally by 29.3% compared to the start of 2015. This rise has primarily been due to reduced gaps following price increases, leading adult smokers to upgrade to Marlboro and Fortune. Marlboro’s shipment volume increased by 1.4% in 1Q16, reflecting growth in Italy, Spain, Korea, and Mexico.

Altria Group’s (MO) valuation has also risen by ~25% to 22.4x compared to the start of 2015, majorly due to its SABMiller transaction.