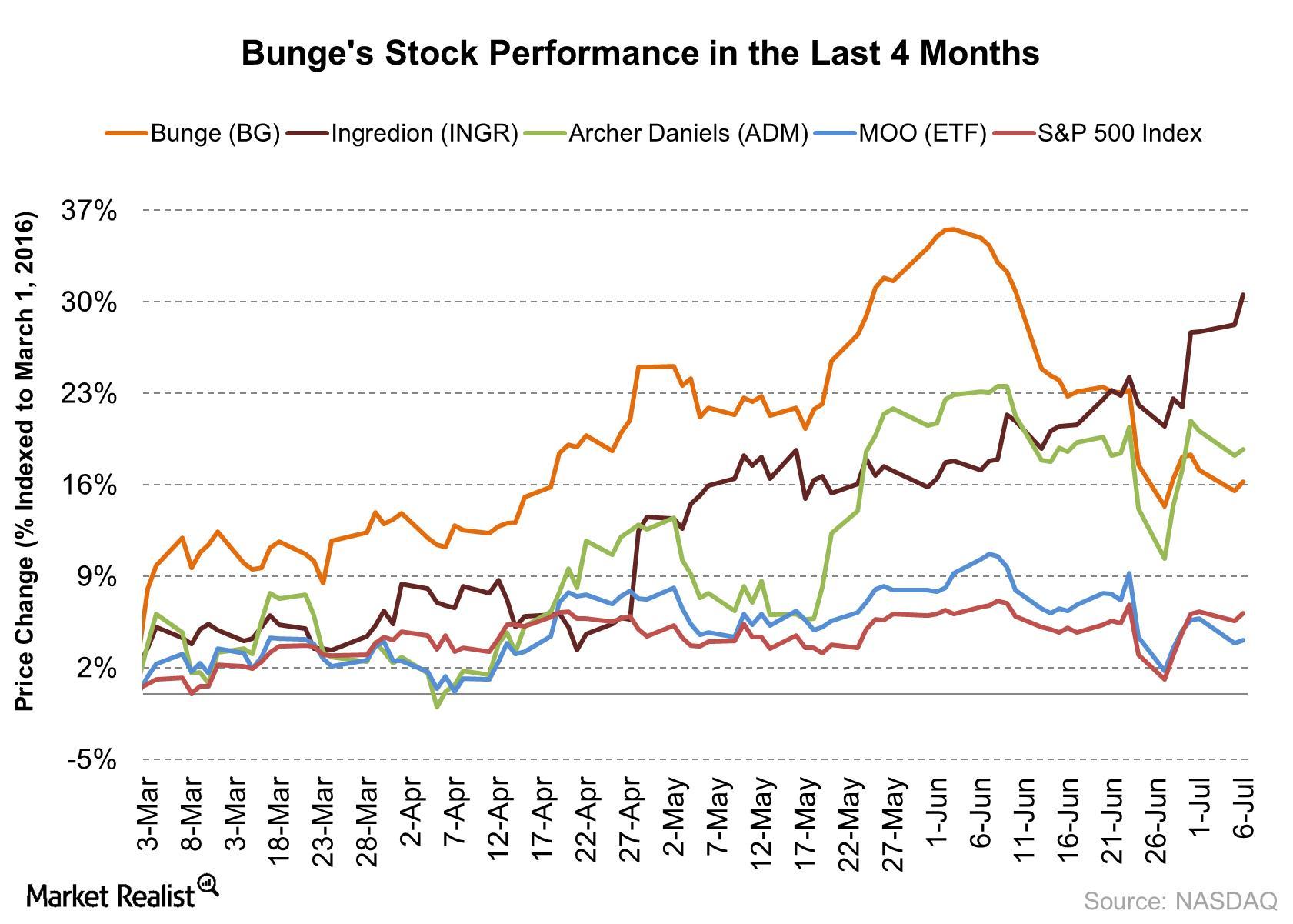 Bunge’s impressive 4Q15 results added value to its stock. It started rising after its 4Q15 earnings were released on February 11, 2016. Since then, the stock has risen by 21% as of July 6. The company showed earnings growth of 24% in the last quarter of 2015.

Bunge’s strong start to 2016 has also been benefiting its stock. The company has surpassed analysts’ earnings estimates by 78%. It released its 1Q16 earnings on April 28. Its management has an optimistic outlook for 2016 to be a year of strong earnings and cash flow despite a fall in earnings and revenue in 1Q16. The stock closed at $66.16 on June 9, 2016.

Peers Archer Daniels Midland (ADM) and Ingredion (INGR) have risen by 30% and ~19%, respectively, in the last four months compared to Bunge’s rise of 16%. Bunge makes up about 3.0% of the VanEck Vectors Agribusiness ETF (MOO). This ETF invests around 30% of its holdings in the agricultural chemical sector and 18% in the food and beverage sector.

MOO has returned ~4% in the last four months and ~3% year-to-date. It also invests 6.4% in ADM and 7.6% in Monsanto (MON), an agricultural chemical company based in Missouri. Bunge also makes up ~1% of the First Trust Large Cap Value Opportunities AlphaDEX ETF (FTA).